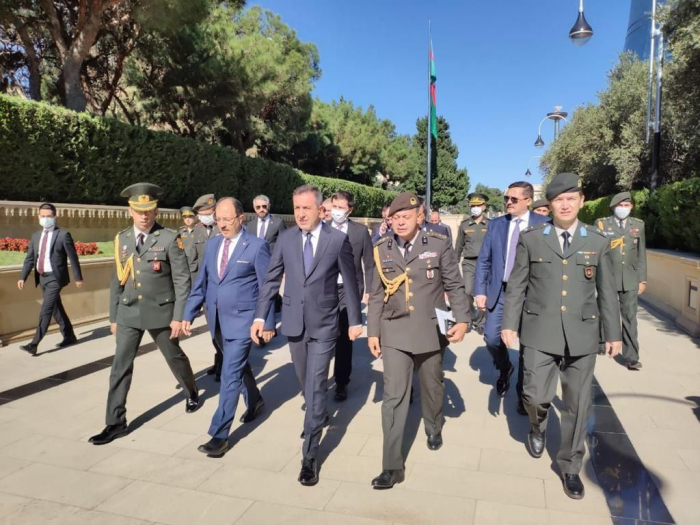 Deputy Minister of National Defense of Turkey Muhsin Dere is on a visit to Azerbaijan, the Turkish Embassy in the country said on Twitter, AzVision.az reports on Sept.27.

During the visit, Dere went to the Martyrs' Alley and the Memorial to Turkish soldiers in Baku, the embassy tweeted.