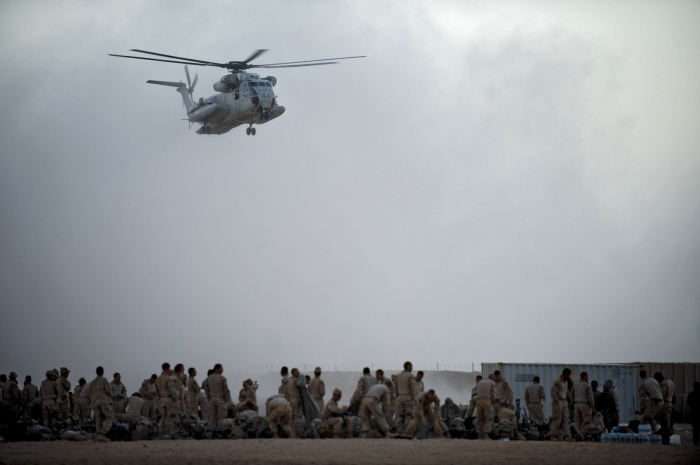 In a statement issued from Kabul Wednesday, the Taliban government’s spokesperson Zabihullah Mujahid said U.S. drone strikes inside Afghanistan are a breach of national security.

"We recently saw the Unites States violating all international rights, law and its commitments to the Islamic Emirate in Doha, Qatar, as Afghanistan's sacred airspace is being invaded by U.S. drones,” Mujahid said, urging Washington to end these violations.

"Countries, under international laws, are the sole owners of their territorial and air sovereignty. Therefore, Islamic Emirate, as the sole legal entity of Afghanistan, is the custodian of Afghanistan's land and airspace,” he explained.

"We call on all countries, especially the United States, to treat Afghanistan in light of international rights, laws, and commitments, considering mutual respect and commitments, in order to prevent any negative consequences," Mujahid added.

Last month, the Taliban took over Kabul and announced an interim government in September after U.S. troops left the country on Aug. 31. Following the chaotic pullout, American forces failed to provide the necessary security around Kabul Hamid Karzai International Airport, which became the main target for terrorist groups. On Aug. 26, Daesh-affiliated suicide attacks killed at least 160 people and 13 American soldiers, including Afghan civilians who rushed to the airport, seeking to flee the war-torn country over fears of the Taliban's harsh rule.

U.S. forces launched a series of drone strikes attempting to target the Daesh attackers as U.S. President Joe Biden vowed to "hunt down" terrorists who staged the bombings at the airport. On Aug. 29, the U.S. military targeted humanitarian worker Zamari Ahmadi's vehicle in a drone strike inside his home in Kabul. Washington claimed that he was suspected of having ties to Daesh.

However, various media reports doubted its version of events, citing video images where Ahmadi was seen loading water canisters into trucks and numerous claims by witnesses who asserted that Ahmadi had no links to the terrorist group.

During the U.S. drone attack, some 10 civilians, including up to seven children, were killed. It took Pentagon more than two weeks to acknowledge the losses among the civilian population.

"We now assess that it is unlikely that the vehicle and those who died were associated with ISIS-K (Daesh-K), or were a direct threat to U.S. forces,” said Central Command head Gen. Frank McKenzie, who had earlier claimed that Ahmadi had connections with Daesh, using a different acronym for the Daesh terrorist group.

McKenzie offered his "profound condolences" to the victims' families, and said the attack was carried out "in the earnest belief that it would prevent an imminent threat to our forces and the evacuees at the airport."

However, the relatives of 10 people killed in the drone strike rejected the U.S. "condolences and apologies," calling it a war crime and demanding justice under international law.