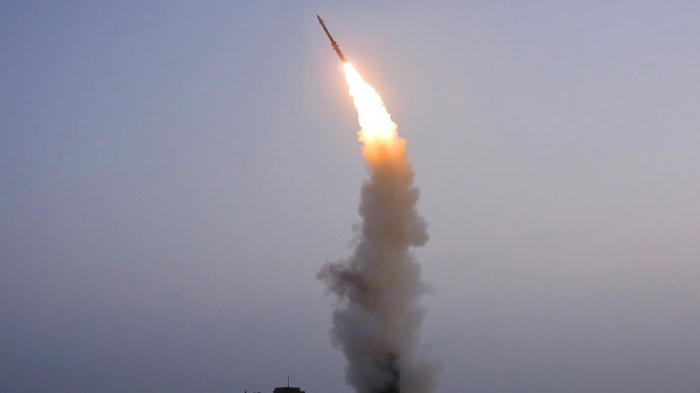 North Korea said it test-fired a new anti-aircraft missile on Thursday, its fourth weapons test in under a month, AzVision.az reports citing BBC.

The latest test comes days after North Korea launched a new hypersonic missile which is believed to have nuclear capabilities.

Pyongyang says its weapons are needed for self-defence, accusing the US and South Korea of "double standards".

The latest tests are being seen as a clear sign that Pyongyang has no intentions on slowing down its weapons development despite strict sanctions.

The test came a day after North Korean leader Kim Jong-un extended a conditional olive branch towards the South, saying he wanted to restore a vital communication hotline between them.

Mr Kim however, also accused the US of "touting 'diplomatic engagement'... but it is no more than a petty trick for deceiving the international community and hiding its hostile acts".