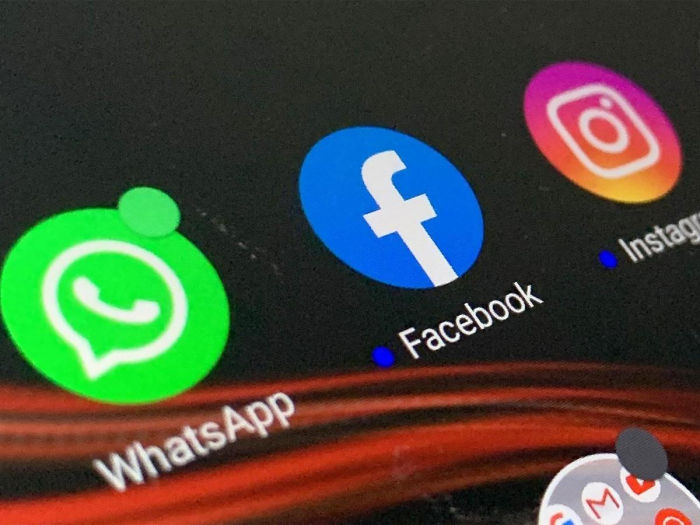 The company says the cause was a faulty configuration change.

All three services are owned by Facebook and could not be accessed over the web or on smartphone apps.

Downdetector, which tracks outages, said it was the largest failure it had ever seen, with 10.6 million problem reports around the world.

The services went down at about 16:00 GMT with users beginning to gain access to the sites at around 22:00.

In a statement on Tuesday, Facebook said that the faulty configuration change affected the company's internal tools and systems which complicated attempts to resolve the problem.

It added that there was "no evidence that user data was compromised as a result of this downtime".

Earlier, Facebook founder Mark Zuckerberg apologised to those affected by the outage.

Facebook, Instagram, WhatsApp and Messenger are coming back online now. Sorry for the disruption today -- I know how much you rely on our services to stay connected with the people you care about.

An outage of this scale for such a long time is rare. A disruption in 2019 left Facebook and its other apps mostly inaccessible across the world for more than 14 hours.

Several other tech companies, including Reddit and Twitter, poked fun at the social media giant's predicament - prompting responses from the affected apps.

The disruption comes the day after an interview with a former Facebook employee who leaked documents about the company.

Frances Haugen told CBS news on Sunday that the company had prioritised "growth over safety".

On Tuesday she will testify before a Senate subcommittee in a hearing titled "Protecting Kids Online", about the company's research into Instagram's effect on the mental health of young users.

Many outages get resolved fairly quickly. They are often localised too, with some people unable to open a website that can be viewed in another country.

This outage, however, was global, and affected all of Facebook's many spin-offs.

The length of time it was off grid is also unusual. There were reports of "mayhem" in Facebook headquarters, as technicians scrambled to fix the problem.

Interesting too that the outage hampered Facebook's ability to tackle the crash - bringing down internal tools needed to remedy the problem.

It should also be said that Facebook's statement is carefully written. It doesn't rule out foul play.

The week had already started off badly - after the whistleblower in the "Facebook Files" revelations revealed herself on Sunday.

But a bad week has become a terrible one for the social network.