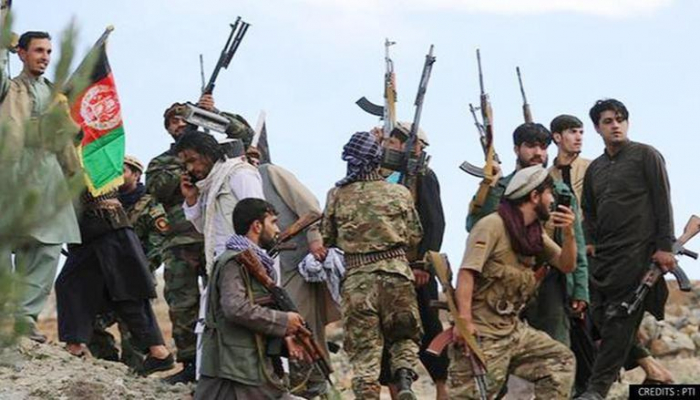 The killings took place in the village of Kahor in Daykundi province in central Afghanistan on Aug. 30, according to an investigation by Amnesty International. Eleven of the victims were members of the Afghan national security forces and two were civilians, among them a 17-year-old girl.

The reported killings took place about two weeks after the Taliban took control of Afghanistan in a blitz campaign, culminating in their takeover of Kabul. At the time, Taliban leaders sought to reassure Afghans that they had changed from their previous harsh rule of the country in the late 1990s.

The world has been watching whether the Taliban would live up to their initial promises of tolerance and inclusiveness toward women and ethnic minorities, among them the Shiite Hazaras. However, Taliban actions so far, such as renewed restrictions on women and the appointment of an all-male government, have been met with dismay by the international community.

The Taliban doubled down on their hard-line trajectory Monday in a third round of Afghanistan government appointments that encompassed a host of men named to deputy positions, a spokesperson said. None of the 38 new appointments announced by chief spokesperson Zabihullah Mujahid were women. They were comprised of members drawn entirely from the Taliban with little representation of minority groups. Also included were appointments to humanitarian organizations.

The appointments were the latest indication the Taliban government has no intention of heeding conditions from the international community that formal recognition of their rule would depend on their treatment of women and minority groups. Among the new appointments was a political deputy for the prime minister, deputy ministers and deputy head of the Afghan Red Crescent Society. Most of the positions consisted of army and defense ministry commanders and deputies across Afghanistan's provinces including Kabul, Helmand, Herat and Kandahar.

The Hazara ethnic group makes up around 9% of Afghanistan’s 36 million people. Amnesty's secretary general, Agnes Callamard, said that "these cold-blooded executions (of the Hazaras) are further proof that the Taliban are committing the same horrific abuses they were notorious for during their previous rule of Afghanistan."