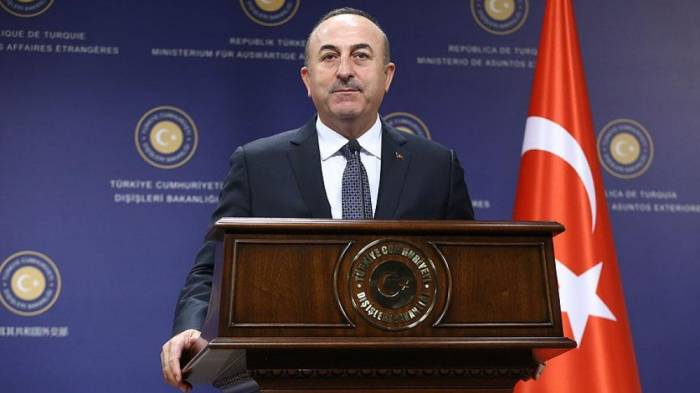 Speaking at a news conference in the Ukrainian capital Kyiv after meeting with his Ukrainian counterpart, Cavusoglu said in response to a question that "it is extremely wrong to drag Turkey, which does not have a black mark, such as colonialism, in its history, into such debates."

Noting that Algeria has already shown the "necessary reaction" over Macron's remarks, Cavusoglu reminded that Turkish President Recep Tayyip Erdogan and French President Macron previously agreed to "speak directly," not through the media.

"In this regard, we do think such statements are wrong," he added.

Pointing that France has entered the "election atmosphere" ahead of the 2022 presidential elections, he said: "Macron uses this way because of the elections."

"However, both in France and in other countries, we have seen that such cheap approaches do not help in the elections either," he added.

"Therefore, instead of such populist approaches, it would be better for him to take steps to gain the trust of his own people."

Tensions have escalated between France and Algeria over remarks made by Macron on the North African country’s colonial past.

In a bid to palliate its atrocious colonial past, Macron claimed that “there was a colonization before the French colonial rule” in Algeria, alluding to the Ottoman presence in the country between 1514 and 1830.

“The building of Algeria as a nation is a phenomenon worth watching. Was there an Algerian nation before French colonization? That is the question,” Macron said Thursday during a meeting with the descendants of Algerians at the Elysee Palace who fought on France’s side during Algeria’s war of independence.