How a simple tummy-rub can change babies' lives - iWONDER 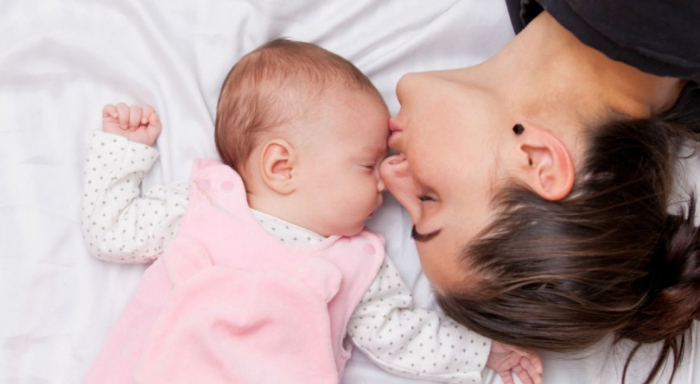 Baby massage has been practised in South Asia for centuries. Now scientists are discovering its life-saving potential.

On a cool October evening, Renu Saxena brought her newborn daughter home from hospital in the southern Indian city of Bengaluru. It struck her just how fragile her baby was, her tiny veins glowing through her translucent skin. She had been born early, at 36 weeks, and weighed only 2.4kg (5.3lbs). Saxena’s family urged her to immediately start an age-old Indian remedy for helping newborns thrive: daily baby massage. But her doctors were more cautious, and suggested she wait until the baby had put on more weight before starting massages.

Saxena struck a compromise, and decided to hold off for two weeks. During that time, her daughter gained hardly any weight, less than 100g (3.5oz) a week, and slept fitfully. It was only when Saxena hired a retired neonatal nurse, and learned the art of traditional baby massage from her, that things took a turn for the better. Her daughter not only began to sleep well, she also put on more weight.

Far from an isolated success, Saxena’s experience is backed by a growing body of evidence on the surprising benefits of South Asian baby massage, including for premature babies. Studies have shown that these oil massages, when done properly, can boost babies’ weight gain prevent bacterial infections, and cut infant mortality by up to 50%. Parents interested in the technique should however discuss it with their healthcare provider first, to ensure it is safe and suitable for their child.

To the families who treasure this ancestral practice, the findings confirm their own observations. Saxena, a former advertising executive, originally hails from the northern Indian state of Uttar Pradesh, known for its tradition of massaging both mother and infant soon after birth. Her extended family has been following the routine for generations.

"When we were growing up, my mother would always tell us how she recovered far more quickly after giving birth to me, her third child, and how I thrived because she started a massage routine the day she came home after birth," Saxena says.

The neonatal nurse showed her how to warm the oils, alternating between pure coconut and almond, and safely apply them to her daughter’s skin in daily half-hour sessions, followed by a warm bath.

"We started with gentle, heart-shaped strokes over the baby’s tummy, and extended it to other parts of the body," she says. "Then we gently exercised the limbs, touching the tips of the toes to the forehead to relieve any trapped gas."

Massaging infants can give them health benefits that last well into adulthood, researchers say.

"The skin is the largest organ of the body, but we often minimise how important skincare is to overall health," says Gary Darmstadt, professor of neonatal and developmental medicine at the Stanford University School of Medicine.

In his early travels through Bangladesh and India, Darmstadt observed families, particularly mothers and grandmothers, spending a lot of time massaging their newborns. "I was intrigued when I learned that it had been done for centuries, and then began to study it," he says.

In 2008, in a study of 497 preterm babies who received daily massages at a hospital in Bangladesh, Darmstadt and his collaborators showed that this ancient practice can save lives.

Through separate trials, the team found that regular massages help build the baby’s microbiome – the layer of bacteria that resides on the skin and in the gut. The microbiome plays a critical role in enhancing immunity, by acting as an effective barrier that can keep infections out.

"Malnourished babies who were massaged with oils developed a microbiome that was far more diverse," says Darmstadt. "[The oils] improved the skin barrier function, making it harder for bacteria to penetrate through the skin, get into the bloodstream and cause life-threatening infections."

These findings were especially critical for the care of preterm babies. "In preterm babies, the skin barrier doesn’t work as well and so you tend to have water loss through the skin. Water evaporates (from the body) very quickly, and with it goes heat. It’s easy for that baby to become hypothermic," he says.  When the body temperature dips too low, it can be life-threatening. "The infant is losing a lot of energy (fighting this loss of heat). Energy that could be otherwise going into growth and other aspects of body function," he adds.

In a yet-to-be-published study by Darmstadt and his team, researchers tracked 26,000 babies, not just preterm infants, in the northern Indian state of Uttar Pradesh. Half of them were massaged with sunflower oil and the other half with mustard oil. The researchers noted an improvement in growth for all babies. "And while there wasn’t a big impact on mortality rate for normal birthweight babies, among smaller babies (with a birth weight of less than 1.5 kg), there was a massive 52% reduced risk of mortality," he says.

Other researchers have found similar benefits. One study suggests that the massages stimulate the vagus nerve, a long nerve that links the brain and the abdomen, leading to better digestion, and absorption of nutrients. This in turn can help babies gain weight. The daily tummy-rubs may also reduce stress and pain, which can be especially important for preterm infants who spend long, lonely months in hospital.

"We suggest that parents start massaging their infants at birth," says Tiffany Field, a professor of pediatrics, psychology, and psychiatry at the University of Miami School of Medicine, who specialises in infant massage. She has reviewed studies of preterm baby massage from different countries, and promotes the practice, while reminding parents that the right technique is crucial.

"One must ‘move the skin’, by applying moderate pressure, but too gentle a stroke can make the baby feel ticklish. Most infants don’t enjoy that and it's not therapeutic," she says.

Darmstadt also recommends a moderate approach: "What we don’t want to do, particularly in a preterm infant, is rub too hard," he says. "You can damage the skin barrier and that can be harmful."

The oil has to be carefully chosen and applied, and tradition is not always the best guide for this. A 2013 study of 194 infants in South India, almost all of whom were massaged by their mothers, found that more than half of the mothers applied oil to the baby’s ears and eyes.  Researchers warn that this could cause infections. "We need more widespread awareness campaigns in order to avoid this and to practise the right techniques," says Nitin Joseph, an associate professor specialising in community medicine at Kasturba Medical College near Mangalore, India, and one of the key researchers in the study.

Sunflower seed, coconut and sesame oil provide the most benefits, according to research by Darmstadt and his collaborator, Peter M Elias, a professor of dermatology at the University of California, San Francisco.

"These oils have a high content of linoleic acid, which your body can’t make," says Darmstadt. "And there are receptors on the skin that bind that fatty acid specifically, so that it is metabolised. There is evidence to suggest that fatty acids in the oil can also stimulate and enhance the immune function of the skin."

However, mustard oil, used widely in the Indian state of Uttar Pradesh, contains erucic acid, which can lead to inflammation and damage the skin barrier, Darmstadt says.

For families, the routine can be an opportunity to strengthen generational ties.

Pranjali Bhonde, a writer based in the city of Pune, western India, massages her now 14-month-old baby Samar twice a day. She started at birth. For the first four months, her mother helped. It was an activity they both enjoyed. Now, as she massages alone, Bhonde likes to maintain eye contact with her baby during the massage, and sing songs and rhymes to him. "It made our bond grow stronger," she says. "And I could see how regular massage improved his sleep and his skin."

Oil massages could help older family members, too. "We’re finding that it’s beneficial in elderly people as well. Skin does become more fragile as you age," says Darmstadt. Dry skin is prone to small fissures, which can let in bacteria, and oil helps prevent that by keeping it supple.

For Saxena, following her family’s northern Indian tradition boosted not just her daughter’s health, but also her own. A mother for the first time at the age of 40, she had developed gestational diabetes and had to deliver her daughter via a scheduled Caesarean section.

"She slept for four hours undisturbed after the massage, which had never happened before," she says, recalling how much her baby enjoyed the first session. "It allowed me to rest as well. And it struck me that regular massages could be the key to a healthy childhood."

* All content within this article is provided for general information only, and should not be treated as a substitute for the medical advice of health care professionals. The AzVision.az encourages anyone interested in using baby massage to seek expert advice beforehand as incorrect application of these techniques could risk harm to young children and infants.

Disclaimer: The AzVision is not responsible or liable for any diagnosis or actions taken by a user based on the content of this site. The AzVision is not liable for the contents of any external internet sites listed, nor does it endorse any commercial product or service mentioned or advised on any of the sites. Always consult your own doctor if you're in any way concerned about your health or the health of your child.