Norway PM to step down, Labor leader expected to take over 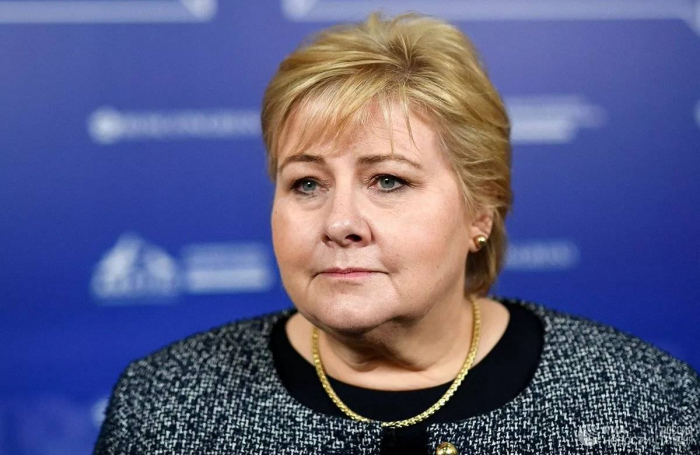 Norwegian Prime Minister Erna Solberg said Tuesday she will step down as head of a three-party, minority centre-right government after a left-leaning bloc won last month's parliamentary election. The leader of Norway's Labor Party, Jonas Gahr Stoere, is expected to take over later this week.

The 60-year-old Solberg, head of Norway's Conservative Party, was ousted after two four-year terms when her party lost nine seats in the country's Sept. 13 election. She will remain as a caretaker leader until Gahr Stoere has presented a new governing team Thursday for a two-party, centre-left coalition.

"Eight years is a long time," Solberg told reporters after she handed over her letter of resignation to the country's figurehead monarch, King Harald, as required by the Constitution. "He accepted it and I urged him to ask Jonas Gahr Stoere to form a government."

In Norway, an outgoing prime minister only announces his or her departure when another party leader is ready to form a new Cabinet.

In 2013, Solberg became Norway's second female prime minister. She first headed a two-party minority government with the anti-immigration Progress Party. It was twice enlarged — first in 2018 with the Liberal Party and a year later with the small Christian Democratic Party and then became a majority government.

However, in January 2020, the populist Progress Party pulled out of the coalition, leaving Solberg to lead a three-party, minority government with her own Conservatives, the centrist Liberal Party and the Christian Democrats.

Gahr Stoere, 61, is poised to head a government with the eurosceptic Center Party, Norway's third-largest, which is expected to seek a majority in the 169-seat Stortinget. He is expected to outline the coalition's political platform on Wednesday and the Cabinet's lineup the following day.