UN calls for humanitarian aid before winter in Afghanistan 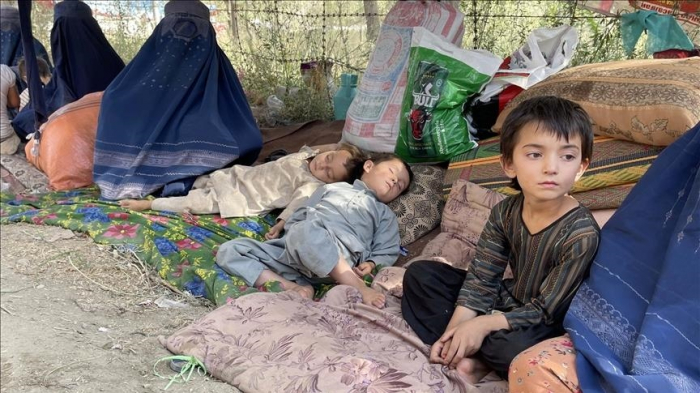 The winter season is approaching in Afghanistan and there is an urgent need for humanitarian assistance, the UN Refugee Agency said on Tuesday, AzVision.az reports citing Anadolu Agency.

Speaking from Kabul via videoconferencing, UNHCR spokesman Babar Baloch said nearly 700,000 people were displaced inside Afghanistan this year, including 50,000 in the capital Kabul alone.

"The window is actually closing every day in terms of the time we have to reach more and more people. Let's not forget, winter in Afghanistan is harsh," he said. "Winter in Afghanistan can kill. If people do not have the resources and if you end up being under the open skies, it is really merciless."

He said that before the events of Aug. 15, when the Taliban took over, half of Afghanistan's population of 40 million was relying on humanitarian assistance.

"Those needs are rising day by day, and that's why we're saying it's a race against time to reach everyone," Baloch argued.

The Taliban captured Kabul on Aug. 15, forcing the president and other top officials to leave the country. They have formed an interim government headed by Hasan Akhund.

World powers have called on the group to form an inclusive government representing the country's ethnic diversity.

At the extraordinary meeting of G20 leaders on Afghanistan hosted by Italy, the EU pledged it will provide a 1 billion euro ($1.2 billion) aid package to the war-torn country "to avert a major humanitarian and socio-economic collapse.”

According to a White House statement, the leaders reaffirmed their "collective commitment" to provide humanitarian assistance directly to the Afghan people through independent international organizations.