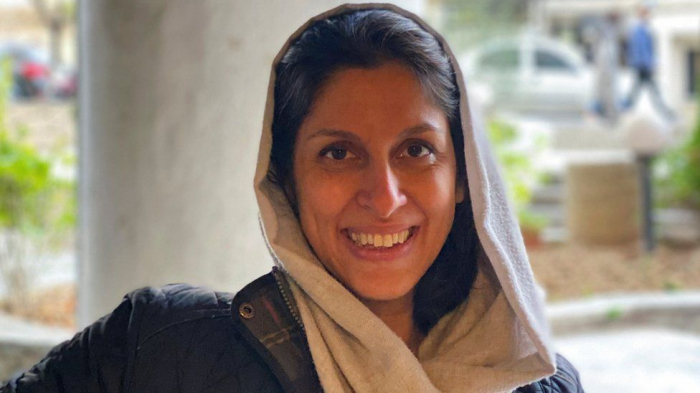 The British-Iranian aid worker Nazanin Zaghari-Ratcliffe has lost an appeal against a second jail sentence in Iran.

Her family said on Saturday that there had been no court hearing, but her lawyer was informed of the outcome.

First jailed for five years in 2016 after being accused of plotting against the regime, she was sentenced to another year's confinement in April on charges of "spreading propaganda".

She spent the final year of her term on parole at her parents' home in Tehran.

But concerns have been raised that Mrs Zaghari-Ratcliffe may now be sent back to prison.

Speaking to the BBC, her husband, Richard Ratcliffe, said that his wife was "waiting for the call to summon her back" and said that she was "traumatised at the thought of having to go back to jail".

She had called her daughter several times over the course of the day to tell her she loves her, such is her fear that her return to confinement may be imminent, he said.

Mr Ratcliffe has not seen his wife in person since her imprisonment in 2016. Their daughter, Gabriella, who was with her mother in Tehran when she was arrested, has been with him in the UK since 2019.

UK Foreign Secretary Liz Truss denounced the Iranian decision as "an appalling continuation of the cruel ordeal" Mrs Zaghari-Ratcliffe is going through.

"We are doing all we can to help Nazanin get home to her young daughter and family and I will continue to press Iran on this point," Ms Truss said.

Mrs Zaghari-Ratcliffe was a project manager for the charity Thomson Reuters Foundation when she was was arrested in April 2016 after having taken her daughter to Iran to celebrate the Iranian new year and to visit her parents.

Iranian authorities alleged that Mrs Zaghari-Ratcliffe was plotting to topple the government in Tehran and Iran's Revolutionary Guards accused her of leading a "foreign-linked hostile network" when she visited.

She completed a five-year sentence in March this year, only to be slapped with a fresh one-year jail term for "propaganda against the system".

She is one of a number of Western passport holders being held by Iran in what human rights groups condemn as a policy of hostage-taking aimed at winning concessions from foreign powers.

Her husband has alleged that she is being held hostage over a long-standing debt of £400m ($550m) that Britain owes Iran for a tank deal that was never fulfilled.