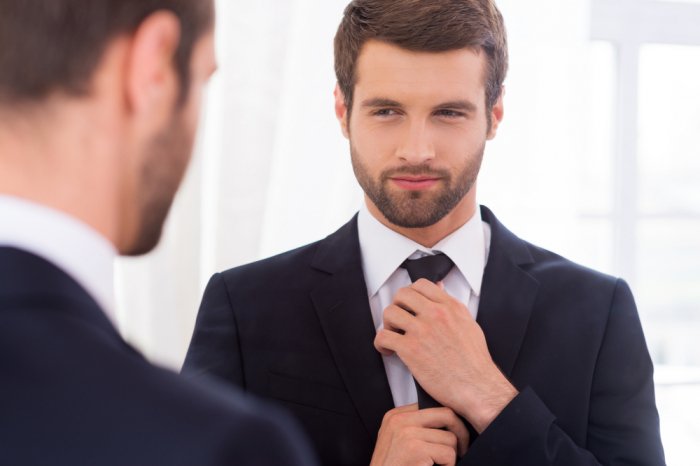 People with a high degree of narcissism get promoted faster, new research shows. Why?

Much ink has been spilled on the dangers of the narcissistic CEO. They tend to instil an individualistic culture throughout the corporation, which reduces collaboration and integrity. They are known make rash and risky decisions that can weaken a company’s long-term resilience, and they are more likely to engage in aggressive tax avoidance and commit managerial fraud. Some management scientists have even speculated that narcissism can bring down entire companies, as may have been the case with the fall of Enron in 2001.

Despite these serious concerns about narcissistic leadership, surprisingly little is known about the way ways that these self-centred and over-confident people arrive at their positions of power in the first place. Does the ambition and hubris of narcissism actively help someone to be promoted, so that they are more likely to reach the top than the average person? Or are narcissistic leaders a toxic, but rather uncommon, phenomenon in the average workplace?

A new paper by Italian researchers attempts to close that gap in our knowledge – and it has some serious implications for the ways that companies select and reward their employees.

How ‘stars’ are born

There are many good reasons for suspecting that narcissists might get ahead more quickly than their colleagues. Without the humility that would prevent others from tooting their own horn, narcissists may be especially good at self-promotion and ensuring that their contributions are recognised – even if they do not deserve to be held in such high esteem. (A 2017 study found that narcissists’ high appraisal of their own performance does not match objective measures of their actual achievements – which are no more remarkable than those of the people around them.)

Thanks to their inflated view of themselves, narcissists may also present more ambitious plans for the future, which could impress their bosses or recruitment panels until they eventually reach the top job.

None of these points are inevitable, though. You could just as easily argue that a narcissist’s constant vying for attention would alienate the people around them. In a just world, their unfounded arrogance would become apparent, while more modest colleagues would be recognised for their genuine hard work. (In Aesop’s fable, after all, it is the slow-and-steady tortoise who manages to beat the boastful but lazy hare.)

Until now, it has been unclear which of these two scenarios is more common – a fact that inspired Paola Rovelli, assistant professor at the Free University of Bozen-Bolzano, and Camilla Curnis, a PhD student at the Milan Polytechnic University, to investigate the issue themselves, with a large survey of Italy’s top management. “When we started developing our interest towards CEO narcissism, we noticed that the literature had mainly focused on the consequences of this trait on the firm,” the pair told BBC Worklife in an email.

Their study is based on data from a former survey of around 200 Italian CEOs, who had previously answered in-depth questions about the management of their firms. As a follow-up, Rovelli and Curnis asked the CEOs to complete the Narcissistic Personality Inventory, in which they had to choose between 40 pairs of statements, such as:

a) I have a natural talent for influencing people

b) I am no good at influencing people

a) When people compliment me I sometimes get embarrassed

b) I usually get the respect I deserve

In each case, one option is assumed to be more self-aggrandising than the other. (In these sample items, that would be 1a, 2b, 3b, 4a.) By counting how many times a person picks the narcissistic alternative, the scientist arrives at their NPI score, which appears to predict many real-life behaviours associated with the trait.

Rovelli and Curnis compared these scores to data from their CVs, including information about their education and professional experience, and their positions and promotions within their organisations.

Overall, they found that someone with a high degree of narcissism was around 29% faster in their career progression to the position of CEO, compared to the average candidate of similar qualifications. Sadly, for all the hardworking-but-humble workers out there, it seems that narcissists’ constant self-promotion really does pay off in the long-term.

Interestingly, this was the true for family and non-family businesses. As viewers of TV shows such as Succession might already suspect, loyalty to someone’s relatives cannot stand in the way of an egotistical schemer who is determined to get ahead.

It’s worth noting that the effects of narcissism on someone’s career trajectory may depend on someone’s gender. Thanks to implicit or explicit sexism, recruiters may generally be more forgiving of ambition in men than in women, for example. Rovelli and Curnis did note that women tended to have slightly lower narcissism scores, but the generally small number of female CEOs in their sample meant that they were unable to come to any firm conclusions – though they hope to investigate the question in the future.

Rovelli and Curnis believe that their results have serious implications for the workplace, since they show that narcissistic people are still favoured despite the well-known problems they present to their companies. “Our results are somewhat worrying,” say Rovelli and Curnis. They point out that the narcissists’ rapid promotion could mean they lack the necessary experience to carry out their responsibilities – which could exacerbate the effects of their rash and dishonest decision making.

Fortunately, there are some practical steps that any organisation could take to minimise narcissists’ impact on the workplace.

Ideally, this should begin with smarter recruitment – to identify someone with problematic tendencies before they ever reach a position where they could wreak damage. And simply practicing due diligence with references and background checks would be an excellent start, says Ian MacRae, a psychologist and author of the forthcoming book Dark Social: Understanding the Dark Side of Work, Personality and Social Media. “I'm still astonished at how often people skip over this for senior positions – especially when the candidate is very charming.”

MacRae’s second suggestion is to use a diverse hiring panel and to note how the candidate responds to people of different status within the organisation. “Narcissists are very good at 'managing up', but then tend to treat people they perceive as lower status very differently. But if you don't have any diversity of evaluators in the hiring process, you're unlikely to pick this up.”

More generally, MacRae argues that organisations can curb narcissists’ tendencies by overtly rewarding ethical behaviour, creating a system that will naturally appeal to narcissists’ sense of competition. “If the system rewards prosocial behaviour and does not tolerate antisocial behaviour, such as bullying or malicious gossip, then narcissists will use the strategies they see to be effective to climb the ladder.”

If these findings have led you to recognise narcissistic tendencies in your own boss or colleagues, there may be little you can do to curb their more excessive displays of self-interest. But you can try to use your understanding of their personality to limit their effects on your career.

Narcissists tend to respond badly to direct challenges to their authority, for instance. So if you do need to question their actions or to suggest a new strategy, try to frame it in a way that might appeal to their ego. Once you have made it clear how your plans might benefit them and their reputation, as well as yourself, they will be far more likely to agree.

You should also try to make sure that your own talents are clearly visible to other members of management – otherwise, there’s the risk that the narcissist will simply piggyback off your achievements to further their own career. When you are up against a narcissist, you may need to sacrifice some of your usual modesty.

Coping with others’ narcissism may be an unfortunate fact of working life – but with a greater awareness of their behaviours and the risks they pose, we can all try to ensure that they are not unfairly rewarded for their hubris.