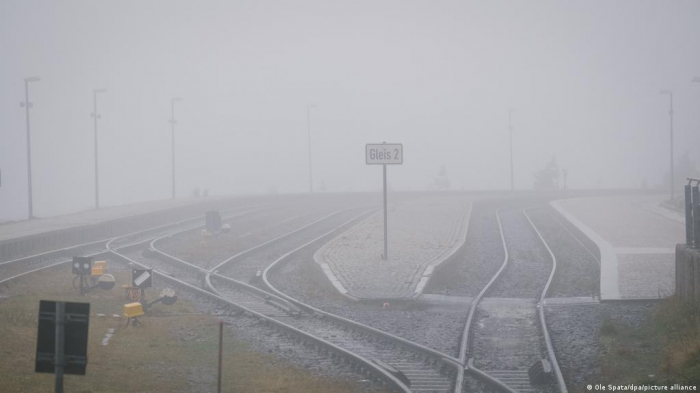 A quarter of a million French homes were without electricity on Thursday and trains were halted from Normandy to the Paris region after powerful winds swept across swaths of northern France, the Netherlands and Belgium, AzVision.az reports citing AP.

Local media reported that four people were injured in the Dutch town of Barendrecht, on the southern edge of Rotterdam, as strong gusts ripped tiles off roofs and uprooted trees in a residential neighbourhood in the early hours of the morning.

The storm that started by hitting Brittany’s Atlantic Coast on Wednesday afternoon blew eastward through the night, felling trees and collapsing roofs in some areas, according to images posted online.

Wind speeds reached 175 kilometres per hour in the Normandy town of Fecamp, according to the weather service.

Blown-down trees toppled power lines, and the Enedis utility said 250,000 homes were without electricity as of Thursday morning.

Train travel was disrupted in Normandy and Champagne-Ardennes region, as well as on some commuter routes in the Paris region, according to the SNCF national rail authority.

The Dutch rail network also was disrupted on Thursday morning by trees that had blown onto railroad tracks.

Germany’s national railway operator, Deutsche Bahn, suspended all long-distance trains in North Rhine-Westphalia state – the country’s most populous, which borders the Netherlands and Belgium. The company said there were cancellations and delays in other parts of Germany as well.

Firefighters in the Belgian town of Westerhoek, close to the Dutch border, tweeted that they had been called out dozens of times overnight to deal with storm damage.

Germany's national weather service warned of gusts ranging up to 105 kph in the north and northeast of the country on Thursday, and up to 120 kph in mountainous areas. But there were no immediate reports of significant damage.

In Delmenhorst, in northwestern Germany, a man was hit by a falling branch on Wednesday evening but only slightly injured. During the night, a freight train collided with a fallen branch in Bad Godesberg, a suburb of Bonn.

Berlin’s two zoos closed as a precaution for the day because of the forecast high winds and the animals were brought into indoor enclosures.