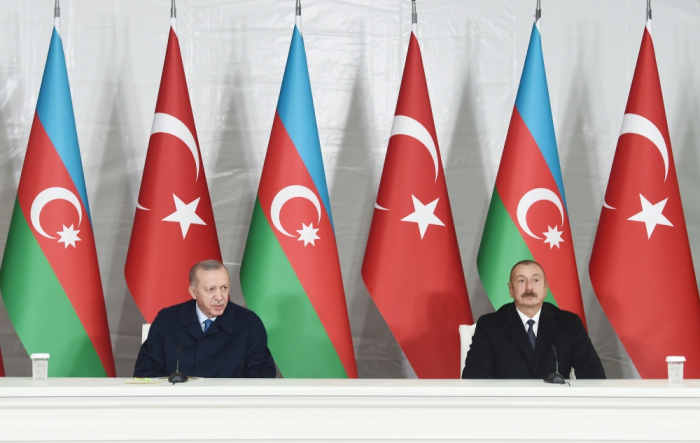 One day, we will be able to travel from Zangazur to Istanbul, said Turkish President Recep Tayyip as he made a press statement with his Azerbaijani counterpart Ilham Aliyev in Zangilan district on Tuesday, AzVision.az reports.

The Turkish leader noted that Azerbaijan ended the occupation of its territories with a glorious victory, which hindered the realization of the region’s true potential. Erdogan also said that Azerbaijan, itself, managed to implement the UN Security Council resolutions that had remained unfulfilled for years.

Erdogan said the environment is more favorable than ever before for lasting peace and progress towards normalization.

“For this, it’s necessary to act in line with the new situation in the region. We favor lasting peace and comprehensive normalization [of relations] in the region. The roads and railways that will run through this geography will create economic and trade opportunities not only for Azerbaijan and Turkey but for all countries in the region. One day, we will be able to travel [directly] from Zangazur to Istanbul,” the Turkish president added.