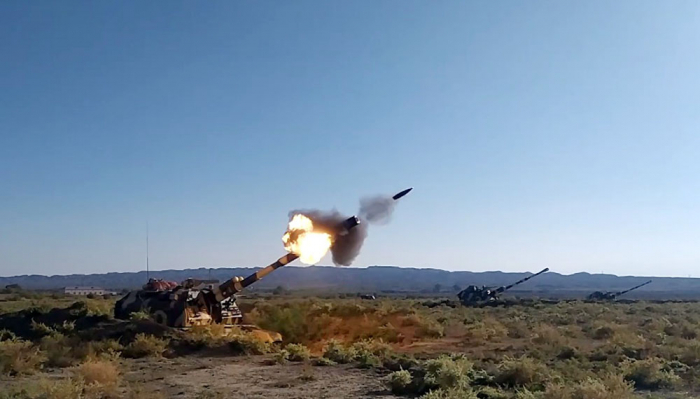 According to the combat training plan for 2021, the Azerbaijan Army is holding a competition for the title of "Best Artillery Division", AzVision.az reports citing the press service of Azerbaijan's Defense Ministry.

After reviewing the training and material base of the divisions involved in the competition and the supply of the military personnel, the level of training of the servicemen is inspected and standards are adopted individually and in groups.

Units have left the places of their permanent deployment on alert to take up firing positions by moving along designated routes.

In accordance with the regulations of the competition, artillery pieces are brought to firing positions within a specified time, and combat shootings are carried out on planned and unplanned targets.