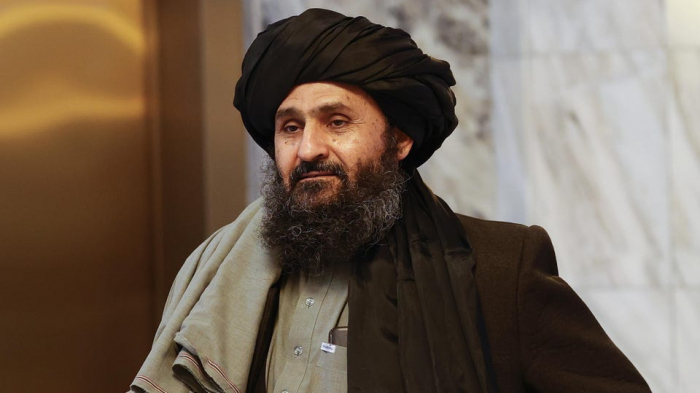 Akhundzada, known as the leader of the faithful or Amir ul Momineen, had not been seen in public even after the Taliban's August takeover of the country, giving rise to speculation.

A senior Taliban leader who was present with Akhundzada during the appearance told Reuters the supreme leader had visited Jamia Darul Aloom Hakimia, a religious school in Kandahar on Saturday.

As the Islamist movement unveiled its interim government in September after U.S.-led forces withdrew, the mysterious Akhundzada retained the role he has held since 2016 of supreme leader, the ultimate authority over the group's political, religious and military affairs.

Though some officials say that Akhundzada has made unpublicised public appearances before, this was the first confirmed appearance of a man who has long kept a low public profile.

The only photo Reuters has been able to verify of him was an undated image posted on a Taliban Twitter feed in May 2016.

This shadowy existence has led to constant speculation about his whereabouts and health.

Previously, the Taliban had not confirmed the death of their founder, and original supreme leader, Mullah Omar, for years.