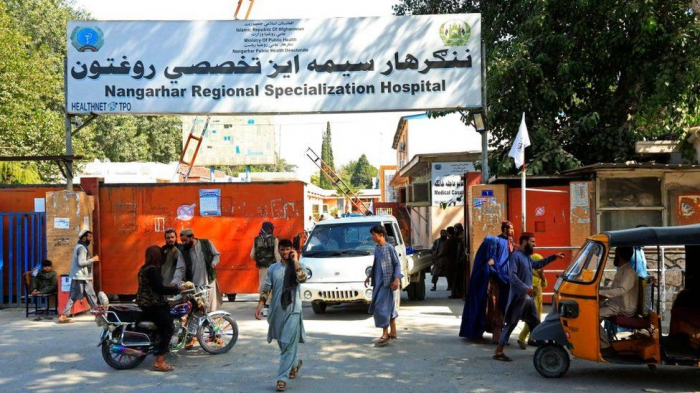 Gunmen who identified themselves as Taliban attacked a wedding in eastern Afghanistan to stop music being played, killing at least two people and injuring 10 others, officials say.

A Taliban spokesman said two of the three gunmen had been arrested but denied they had acted on behalf of the Islamist movement.

Music was banned when the Taliban ruled the country from 1996 to 2001.

The new authorities have not yet issued such a decree.

An eyewitness told the BBC that four couples were being married in a joint wedding in Surkh Rod district in the province of Nangarhar on Friday.

They had taken permission from a local Taliban leader to play recorded music in an area used only by the women.

But late at night, the gunmen forced their way inside and tried to smash the loudspeakers. When the guests protested, the armed men opened fire.

Taliban spokesman Zabihullah Mujahid said the case was under investigation.

The Islamic State group, which is opposed to the Taliban, is also active in Nangarhar and has been blamed for similar incidents in the past.

Afghanistan fell to the Taliban in August after the US pulled out the last of its remaining troops and the militants swept across the country retaking ground.

During its earlier rule, the group imposed an extremely strict interpretation of Islamic law. But it has recently sought to project a more moderate image as it seeks international recognition.

Since the Taliban returned to power, the group has been accused of murdering a folk singer and smashing up instruments. Many singers and musicians have already fled Afghanistan.