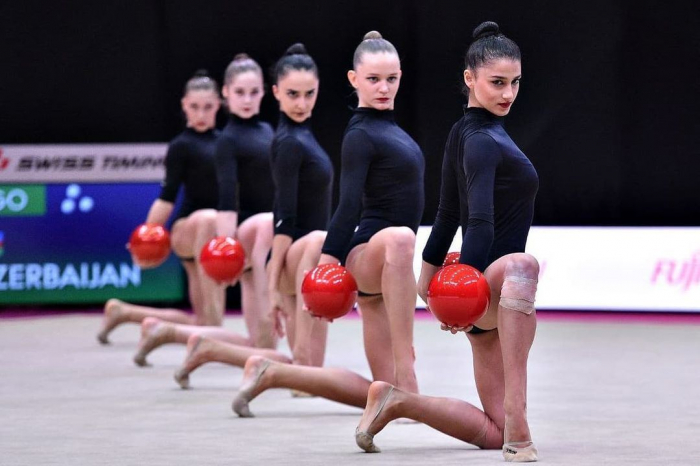 The Azerbaijani team in group exercises performed in two finals of the 38th Rhythmic Gymnastics World Championships in the Japanese city of Kitakyushu, AzVision.az reports.

For the composition with five balls, our team received 38.050 points, taking the sixth position. The result of the performance in the exercise with three hoops and two pairs of clubs was 38.750 points, the Azerbaijani team took sixth place.

The 38th Rhythmic Gymnastics World Championships was held in Japan from October 27 to 31.