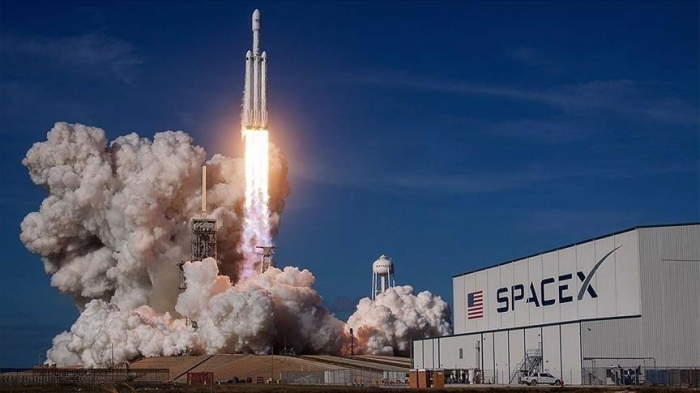 A crew of three Americans and one German blasted off Wednesday night from NASA's Kennedy Space Center in Florida on the latest mission in billionaire Elon Musk's private-company race to space, AzVision.az reports citing Anadolu Agency.

NASA's mission control erupted in cheers as what appeared to be an orange fireball raced up in the Florida sky.

The launch marked the fifth crewed space mission by Musk's SpaceX company in the last 18 months and the third mission done specifically for NASA, which is why the mission is dubbed "Crew-3".

"Godspeed and enjoy the ride," NASA told the crew as they waited for blast-off inside their capsule.

"We're honored" to make the trip, came the reply from the crew.

The capsule, part of SpaceX's "Crew Dragon" fleet of capsules, is called Endurance, and when it docks at the International Space Station on Thursday night, the crew will begin a six-month mission at the ISS.

The crew will conduct a number of experiments while on board the ISS, among them a unique one by the German astronaut, Matthias Maurer. He will do exercises like strength training and running while wearing a specialized suit that applies electrical impulses to his muscles. The goal is to help astronauts overcome the muscle atrophy and bone loss that typically happen in space.

The Endurance capsule was blasted into space by the lynchpin to SpaceX's space missions, the re-usable Falcon 9 rocket.

Wednesday's launch came just two days after another multinational crew of four astronauts aboard SpaceX's Crew-2 splashed down off the Florida coast Monday. That crew was originally scheduled to greet the incoming Crew-3 on the International Space Station, but Crew-3's launch had been delayed multiple times by bad weather since its original launch date of Oct. 31.

The mission continues to solidify the emerging public-private partnership between NASA and SpaceX ever since NASA began exploring partnerships with commercial outlets 10 years ago. When NASA started investing in SpaceX's development of spacecraft, it gave NASA a cost-saving alternative to sending astronauts to space using other nations' space programs.

It is another feather in the space-race cap for Musk. NASA awarded a nearly $3 billion contract to SpaceX to develop a moon-landing system, and earlier this month, a federal judge turned aside a lawsuit by billionaire Jeff Bezos, who wanted NASA to accept his moon-landing plan instead. Bezos and billionaire Richard Branson are each trying to expand their own private company space programs.