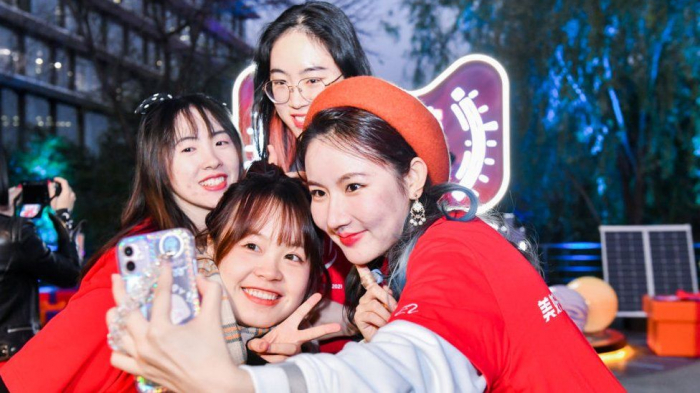 But this year it has been a more toned down affair as Beijing cracks down on businesses and economic growth slows.

This year marks the first time that sales for Alibaba's Singles Day, which the company refers to as the "11.11 Global Shopping Festival ", failed to achieve double digit year-on-year growth.

"It's probably not that great if you consider the market is expected to grow at almost 12%," Rui Ma from the Tech Buzz China website told the BBC.

"They've already tapped out this holiday to its extreme. This is already a big number so its hard to show growth," she added.

It comes against the backdrop of the Chinese government's rapid moves in recent months to impose tough new rules on the country's internet giants.

After years of limited oversight by Beijing, officials have been enforcing regulations to ensure that the technology industry competes fairly and contributes more to society.

Alibaba found itself in the spotlight during the crackdown as it paid a record $2.8bn fine after a probe determined it had abused its market position for years. The company also said it would change the way it conducted its business.