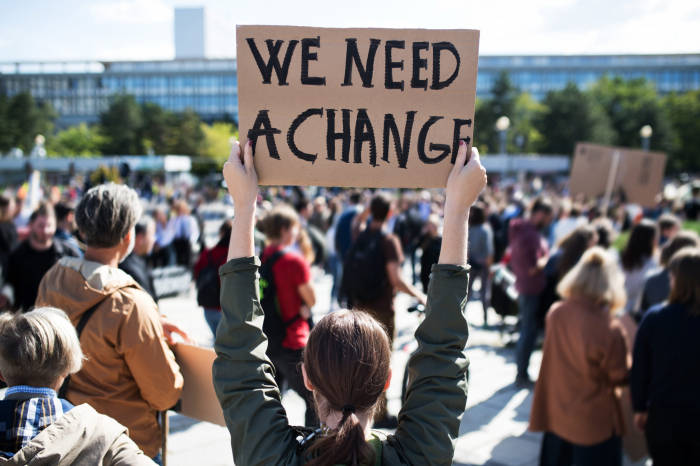 Many of the statements by developed-country leaders at the COP26 summit in Glasgow are at odds with their actual climate policies, and with what they say in other settings. Their short-sighted strategy ultimately benefits no one – including the powerful corporate interests whose immediate financial interests it serves.

Many people around the world already consider the United Nations Climate Change Conference (COP26) in Glasgow a disappointment. That is a massive understatement. Global leaders – especially in the developed world – still fail to grasp the gravity of the climate challenge. Although they acknowledge its severity and urgency in their speeches, they mostly pursue short-term national interests and make conveniently distant “net-zero” emissions pledges without clear and immediate commitments to act.

Making matters worse, many rich-country leaders’ statements in Glasgow are at odds with their actual climate strategies, and with what they say in other settings. So, while G7 leaders at the summit were issuing underwhelming green commitments for several decades in the future, they were busy allowing and enabling more fossil-fuel investment that will generate additional production and greenhouse-gas emissions over the medium term.

For example, could the real US government please stand up and declare itself? In his recent address in Glasgow, President Joe Biden said that “as we see current volatility in energy prices, rather than cast it as a reason to back off our clean energy goals, we must view it as a call to action.” Indeed, “high energy prices only reinforce the urgent need to diversify sources, double down on clean energy deployment, and adapt promising new clean-energy technologies.”

But just three days later, the Biden administration claimed that OPEC+ is endangering the global economic recovery by not increasing oil production. It even warned that the United States is prepared to use “all tools” necessary to reduce fuel prices.

This is one of the most blatant recent examples of climate hypocrisy by a developed-country leader, but it is by no means the only one. And the duplicity extends to the proceedings at COP26 itself, where developing-country negotiators are apparently finding that advanced economies’ positions in closed-door meetings are quite different from their public stances.

Rich countries, which are responsible for the dominant share of global carbon-dioxide emissions to date, are dithering on longstanding commitments to provide climate finance to developing countries. They are also resisting a proposed operational definition that would prevent them from fudging what counts as climate finance. And they are still treating adaptation to climate change as a separate stream, and refusing to provide finance to avert, minimize, and address the loss and damage associated with climate change in the worst-affected countries.

The declared COP26 promises also reveal the developed world’s double standards. A group of 20 countries, including the US, pledged to end public financing for “unabated” fossil-fuel projects, including those powered by coal, by the end of 2022. But the prohibition applies only to international projects, not domestic ones. Significantly, the US and several other signatories refused to join the 23 countries that separately committed to stop new coal-power projects within their borders and phase out existing coal infrastructure.

But even if the pledges in Glasgow had been more solid, rich-country governments, in particular, face a major credibility problem. They have previously made too many empty climate promises, undermining the interests of developing countries that have contributed little to climate change. Advanced economies have made emissions-reduction commitments that they have not kept, and reneged on their assurances to developing countries regarding not only climate finance but also technology transfer.

The climate finance commitment is now 12 years old. At COP15 in Copenhagen, advanced economies promised to provide $100 billion per year to the developing world, and the 2015 Paris climate agreement made it clear that all developing countries would be eligible for such financing. This amount is trivial relative to developing countries’ need, which is in the trillions of dollars, and also when compared to the vast sums that rich countries have spent on fiscal and monetary support for their economies during the COVID-19 pandemic.

But the developed world has not fulfilled even this relatively modest pledge. In 2019, total climate finance channeled to developing countries was less than $80 billion; the average amount each year since 2013 was only $67 billion. And this figure massively overstated the actual flows from developed-country governments, because bilateral public climate finance (which should have been provided to the developing world under the Paris accord) averaged less than $27 billion per year. The remainder came from multilateral institutions – including development banks – and private finance, which rich-country governments sought to take credit for mobilizing. Compared to this paltry sum, global fossil-fuel subsidies amounted to an estimated $555 billion per year from 2017 to 2019.

Likewise, the rich world’s promises of green technology transfer have become mere lip service. Developed-country governments allowed domestic companies to cling to intellectual-property rights that block the spread of critical knowledge for climate mitigation and adaptation. When countries like China and India have sought to encourage their own renewable-energy industries, the US, in particular, has filed complaints with the World Trade Organization.

This short-sighted strategy ultimately benefits no one, including the firms whose immediate financial interests it serves, because it accelerates the planet’s destruction and the revenge of nature on what now appears to be terminally stupid humanity. The student and activist marches in Glasgow against this myopic approach are important, but are nowhere near enough to force governments to change course.

The problem is that powerful corporate interests are clearly intertwined with political leadership. People around the world, and especially in the Global North, must become much more vociferous in insisting on meaningful climate action and a real change in economic strategy that resonates beyond national borders. Only that can end the rich world’s green hypocrisy and save us all.

Jayati Ghosh, Executive Secretary of International Development Economics Associates, is Professor of Economics at the University of Massachusetts Amherst and a member of the Independent Commission for the Reform of International Corporate Taxation.