France and Britain trade blame after 27 die in migrant tragedy 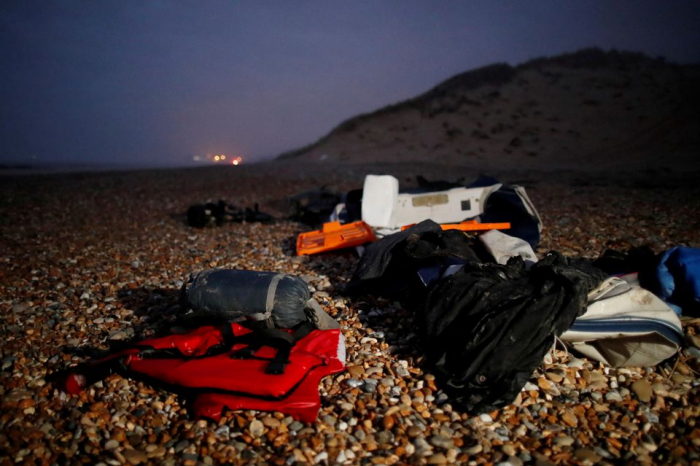 France and Britain traded blame on Thursday after 27 people died trying to cross the Channel in an inflatable dinghy, the worst accident of its kind on record in the waterway separating the two countries.

With relations fraught by years of tension over Brexit and immigration, much of the focus was on who should bear responsibility, even if both sides vowed to work together to find joint solutions.

"There is bad immigration management (in Britain)," French Interior Minister Gerald Darmanin told RTL radio, while calling on other European countries, which migrants cross on their way to French shores and then Britain, to do more to help.

"It's an international problem," Darmanin said. We tell our Belgian, German and British friends they should help us fight traffickers who work at an international level." One smuggler arrested overnight had bought dinghies in Germany, he said.

His British counterpart Priti Patel said she would be having talks with Darmanin, hours after Prime Minister Boris Johnson put the blame on France, saying: "We have had difficulty persuading some of our partners, particularly the French, to do things in a way that we think the situation deserves."

Meanwhile, rescue volunteers and rights groups said the catastrophic drowning was to be expected as smugglers and migrants take more risks to avoid a growing police presence.

"To accuse only the smugglers is to hide the responsibility of the French and British authorities," the Auberge de Migrants NGO said.

It and other NGOs pointed to a lack of legal migration routes and heightened security at the Eurotunnel undersea rail link, which has pushed migrants to try to make the perilous sea crossing.

The Channel is one of the world's busiest shipping lanes, where currents are strong, the water is cold and dinghies are often overloaded.

"This a tragedy that we dreaded, that was expected, we had sounded the alarm," said Bernard Barron, head of the Calais region SNSM, a volunteer group which rescues people at sea.

"The smugglers are more and more reckless, criminal, launching at sea poor innocent people who want to reach England at all costs without knowing the sea."