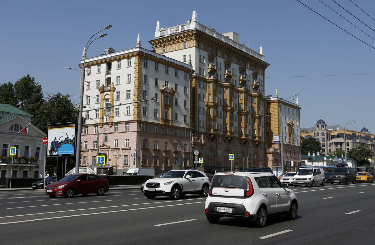 Russia said on Wednesday it was ordering U.S. embassy staff who have been in Moscow for more than three years to fly home by Jan. 31, a retaliatory move for what Moscow said was a U.S. decision to limit the terms of Russian diplomats.

The step, the latest in an escalating diplomatic row, comes after Russia's ambassador to the United States said last week that 27 Russian diplomats and their families were being expelled from the United States and would leave on Jan. 30.

"We ... intend to respond in the corresponding way. U.S. embassy employees who have been in Moscow for more than three years must leave Russia by Jan. 31," Foreign Ministry spokesperson Maria Zakharova told a briefing.