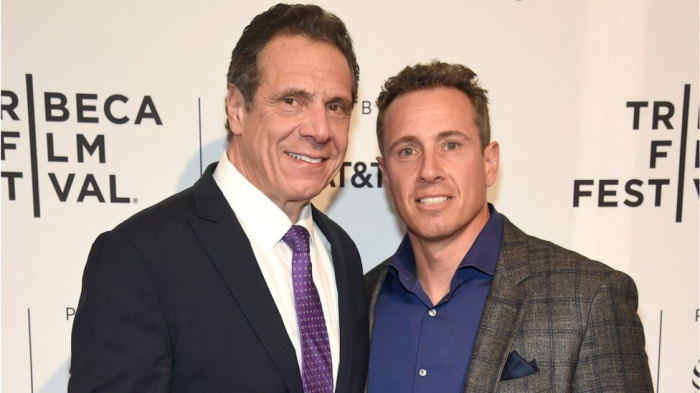 US anchor Chris Cuomo has been fired by CNN for help he gave his brother, ex-New York governor Andrew Cuomo, while he was battling harassment allegations.

The decision came after CNN said additional information had emerged over the extent of Chris Cuomo's involvement in his older brother's defence.

Andrew Cuomo resigned in August after prosecutors said he had harassed staff.

Chris Cuomo, 51, said in a statement that he was disappointed and it was "not how I want my time at CNN to end".

He had worked for the network since 2013 and became one of its most recognisable news presenters, most recently leading CNN's coverage of the 2020 US presidential election.

A CNN statement said that a "respected law firm" had been hired to investigate Chris Cuomo's efforts to help his politician brother fight allegations of sexual harassment. But while that review was happening, "new information has come to light" leading to the network terminating his contract, "effective immediately".