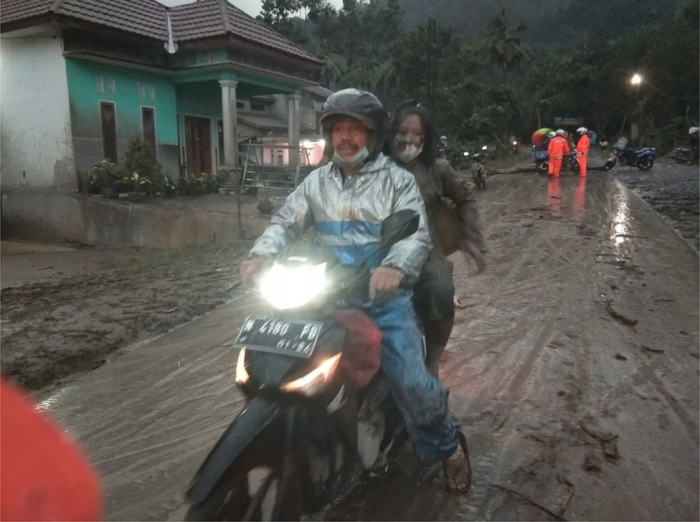 At least 13 people have now died and dozens more are injured after a volcano erupted on Indonesia's Java island on Saturday, emergency authorities said.

Pictures show entire villages buried in volcanic ash up to rooftops, and locals have described thick smoke blocking the Sun, leaving them in pitch darkness.

Officials said at least 57 people have been injured, with many suffering severe burns.

A spokesperson for Indonesia's disaster mitigation agency (BNPB) said that the injured were being treated at various hospitals and medical facilities.

The eruption has left at least 11 villages in the Lumajang district coated in volcanic ash, submerging houses and forcing some evacuees to seek shelter in mosques and makeshift shelters.

According to BNPB officials, 902 people have been evacuated from the area so far.

But evacuation efforts have been hampered by choking smoke, a power blackout, and rainstorms during the eruption which turned the debris into mud.

Thoriqul Haq, a local official, told Reuters that a road and bridge from the area to the nearby city of Malang had also been severed during the eruption.

"This has been a very pressing, rapid condition since it erupted," he said.

Meanwhile, 10 people that had earlier been trapped in buildings have been rescued, according to BNPB.