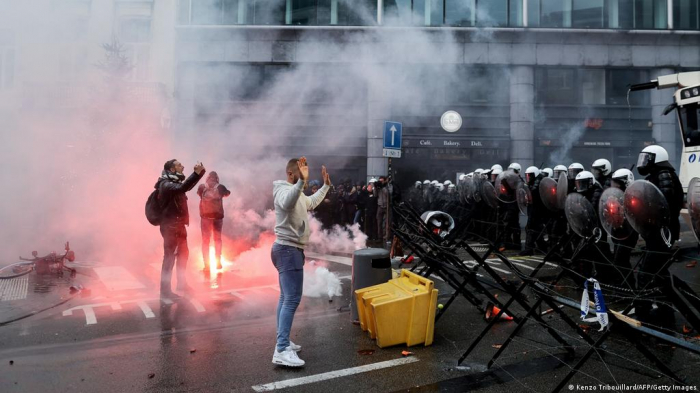 A few thousand protesters marched peacefully through the centre of the Belgian capital to the neighbourhood which hosts the headquarters of European Union institutions, where the demonstration reached its end point.

In the EU quarter a group of protesters wearing black hoods and chanting "liberte" (freedom) started to throw stones at the police, who reacted with teargas and water cannons, according to footage and reports from Reuters journalists present.

Demonstrators were protesting rules imposed in October that oblige people to show COVID-19 passes to access bars and restaurants.