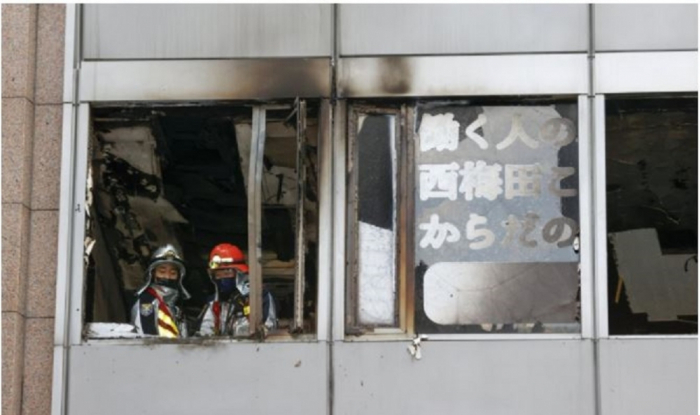 Twenty-seven people are feared dead after a fire broke out in a building in Osaka on Friday, firefighters said, with an investigative source indicating police suspect an arsonist is responsible, AzVision.az reports citing Kyodo News.

The local fire department received a report around 10:20 a.m. that a fire had started on the fourth floor of the eight-story multitenant building located near JR Osaka Station. A total of 28 people were injured including the 27 showing no vital signs.

The fire was nearly extinguished by around 10:45 a.m. after burning across an area of about 20 square meters, the fire department said.

The fire apparently started in a medical clinic on the fourth floor. The website of the clinic says it provides psychosomatic and psychiatric treatments.

Investigative sources said there is a report that a "man lit fire" in the building in Kita Ward in the western Japan city. From the fourth floor of the building, 17 men and 10 women, all showing no signs of life, were brought out, according to firefighters.

The police were also informed that fire had been started from liquid dispersed from a paper bag held by a man who appeared to be in his 60s, according to the sources.

The incident occurred in Osaka's Kitashinchi district where a number of bars and nightclubs are located.

Around 70 firetrucks and ambulances arrived at the scene while onlookers watched anxiously as rescue efforts took place.