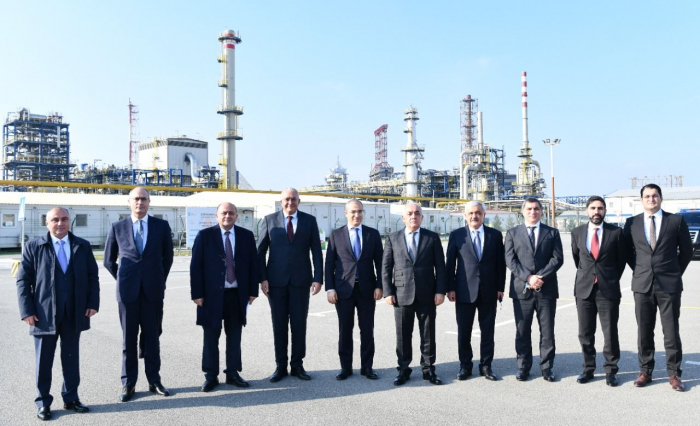 Azerbaijani Prime Minister Ali Asadov got acquainted with the modernization and reconstruction work at the Heydar Aliyev Oil Refinery in Baku, AzVision.az reports citing the Cabinet of Ministers on Dec. 18.

"After familiarization with the ongoing work, a meeting was held under the chairmanship of the prime minister and with the participation of the chairman, members of the Supervisory Board and the President of the State Oil Company of Azerbaijan (SOCAR)," the Cabinet of Ministers said.

"The meeting participants focused on the issue of carrying out modernization and reconstruction work in accordance with the schedule, as well as discussed the completed and forthcoming activities. The tasks for the future were also defined, instructions were given for the timely and full implementation of the relevant work," added the Cabinet of Ministers.