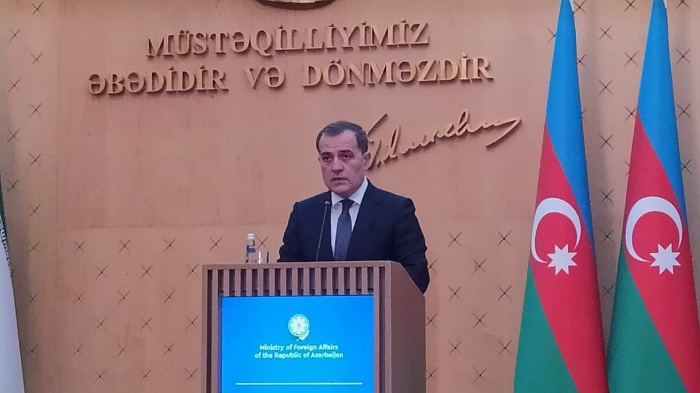 Baku has received numerous offers from Iranian companies regarding participation in the restoration of the liberated Azerbaijani territories, Foreign Minister Jeyhun Bayramov said on Wednesday at a joint press conference with his Iranian counterpart in Baku, AzVision.az reports.

Minister Bayramov stressed that today’s one of the most important priorities of Azerbaijan is the restoration of its liberated territories and the return of former IDPs to their native lands.

He recalled that large-scale restoration projects have been launched in the liberated Azerbaijani lands.

“Iran also expressed interest in participating in these works. We have received applications from many Iranian companies. The relevant government agencies are considering these projects, and, according to my information, one of the projects will be launched in the coming weeks. I hope that positive results will be achieved on other projects in the near future,” the foreign minister added.