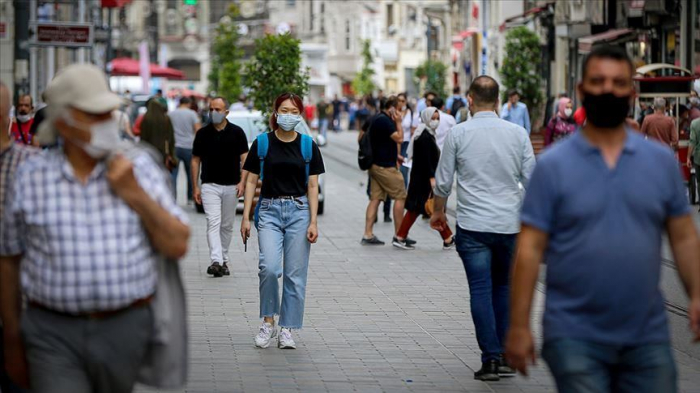 The Health Ministry announced that the rate of the COVID-19 omicron variant in Turkey was not 42%, as claimed by some media outlets, and listed the provinces with confirmed cases so far, AzVision.az reports citing Daily Sabah.

In fact, Health Minister Fahrettin Koca had declared earlier that the fast-spreading variant accounted for more than 10% of the cases.

The media reports were based on statistics from a website that publishes data supplied by Germany-based Global Initiative On Sharing All Influenza Data (GISAID). The Health Ministry said the website acknowledged the mistake and updated the numbers.

The ministry's statement said that since Dec. 1, among 3,344 samples from COVID-19 patients, 3,073 were the delta variant, while 42 were the omicron variant. Istanbul had 30 and Izmir had six omicron cases based on the analysis results, while Şırnak and Diyarbakır had one case each, and Isparta and Kütahya had two cases each.

Turkey is on alert against the variant, which it first reported on Dec. 11. It is unclear whether the variant is to blame for a sudden surge in the number of daily cases, up by 30% on Monday from around 20,000 to 26,099. Fatalities, on the other hand, remain below 200, dropping to 157 from 173 on Sunday. The country is counting on its nationwide vaccination program to stave off the variant's impact, which forced it to ban flights to some countries with clusters of omicron cases.

Turkey has already administered more than 129 million doses of vaccines using shots developed by China's Sinovac and by Pfizer-BioNTech.