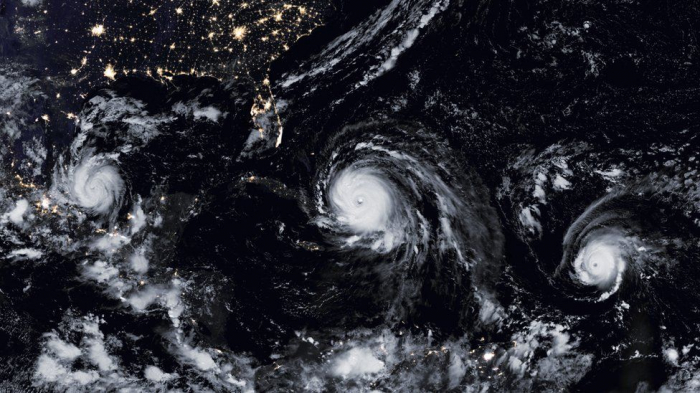 At present, these cyclones - or hurricanes as they are also known - are mainly confined to the tropical regions north and south of the equator.

But researchers say that rising temperatures will allow these weather events to form in the mid-latitudes.

This area includes cities such as New York, Beijing, Boston and Tokyo.

The study has been published in the journal Nature Geoscience.

The scientists involved say their work shows by the end of this century, cyclones will likely occur over a wider range than they have for three million years.

When subtropical storm Alpha made landfall in Portugal in September 2020, the relatively small scale of damage caused by the cyclone made few headlines.

But for scientists this was quite a momentous event.

"We hadn't observed this before," said Dr Joshua Studholme, a physicist from Yale University.

"You had a traditional kind of mid-latitude storm, that sort of decayed, and in its decay, the right conditions for a tropical cyclone to form occurred, and that hadn't happened to Portugal before."