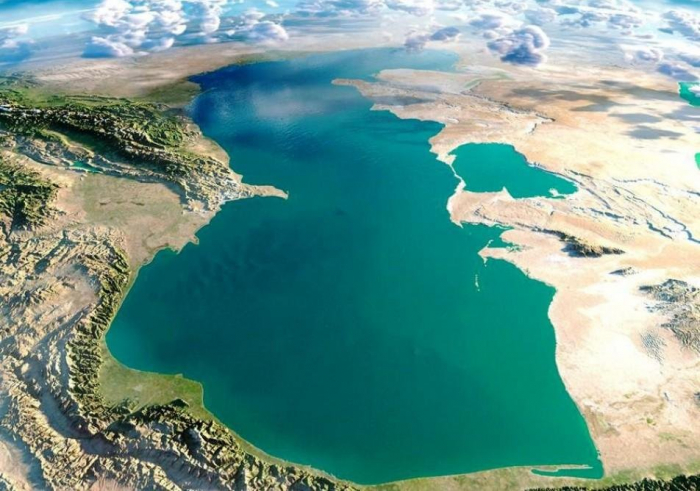 The calculations of German and Dutch researchers suggest that the Caspian Sea will be 9 to 18 meters lower by 2100 compared to the current level. All in all, they forecast the Caspian Sea surface will shrink by around 23 to 34 per cent. The researchers state that this may cause many problems in the ecology, economy and political stability of the region.

Rejecting the abovementioned calculations, published by the Nature Communications Earth & Environment journal, some researchers argue that although the Caspian Sea keeps shrinking, this process will stabilize in 8-10 years. That is, there is no reason for serious concern. If the European researchers’ predictions prove to be true, what economic risks can the Caspian littoral states face?

Speaking to AzVision.az, Lydia Parkhomchik, a Kazakh scholar at the Institute of the World Economy and Politics, shared her views on the ecological situation around the Caspian Sea. 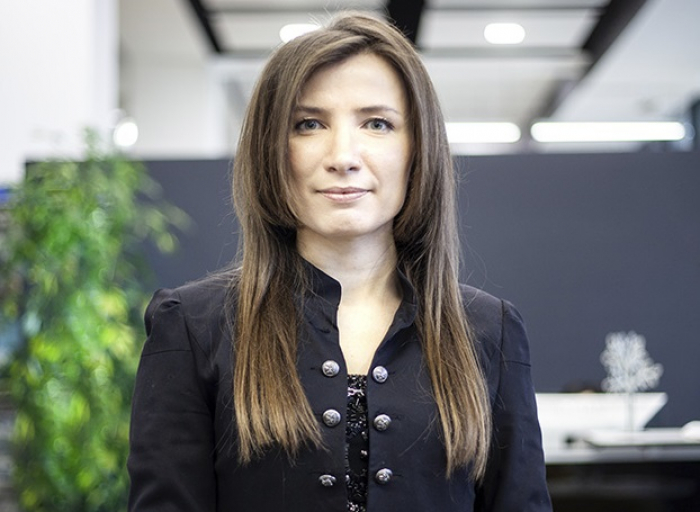 - How the decline in the water level of the Caspian Sea will affect the economies of the littoral countries?

- Let me get this straight, no “working” climate model has been developed yet to predict fluctuations in the Caspian Sea level. All available models are based either on fluctuation cycles or on extrapolation of existing down/up trends.

However, as you said, sea-level fluctuations directly affect the organization of the economic structure of the Caspian region. Therefore, a sharp decline or increase in the water level of the Caspian Sea can inflict significant damage on the economies of the littoral states.

To roughly assess the scale of possible changes, it is necessary to take into account the situation in the region in 1930-1977. The only positive aspect of water-level declines is the emergence of extensive sandy coastlines. However, the formation of recreational areas attractive for tourism could never compensate for the decline in other industries. So, the situation with maritime navigation has become much more complicated. Navigation in the Northern Caspian, especially in the Volga Delta, became available only to small-tonnage vessels. Changes also affected the fishing industry. Feeding grounds for the fish population have been reduced. The shallow offshore mouth of the Volga began to overgrow with aquatic vegetation, making it difficult for fish to spawn. As a result, fishing sharply reduced.

On the other hand, the reverse process in 1977, the rise in water levels in the Caspian Sea began to seriously affect the economy. Significant agricultural land areas were flooded, several coastal cities and their infrastructure were damaged. As a result, as of January 2022, the average sea level of the Caspian is around 28.51 meters. This level is not critical for coastal industries but may change over time.

- Scientists warn that millions of people living on the shores of the Caspian Sea or rivers flowing into it are most likely to face unpleasant problems, which, in turn, could escalate political tensions in the region. In this case, the Caspian littoral countries – Azerbaijan, Russia, Iran, Turkmenistan, and Kazakhstan – will have to conclude new agreements on borders and fishing rights. Please, share your thoughts on this. Could tensions in political relations among the Caspian littoral countries aggravate?

- If you remember, the Convention on the Legal Status of the Caspian Sea, signed in 2018, assumes that the starting point of the state maritime border should be the initial straight lines, which is determined by a separate agreement. This paragraph was included in the Convention not by chance. We have already found out that sea-level fluctuations are the normal state of the Caspian Sea. The coastline is constantly changing, which makes it impossible to "fix" it as the boundary of territorial waters.

Therefore, for mapping, it is necessary to determine the direct lines by combining the coordinates of the starting points on the coast or islands. The starting points are chosen in such a way that the rise/fall of the sea level does not lead to the need to revise the bilateral and multilateral agreements on the division of the Caspian Sea.

Kazakhstan has already decided on the methodology for establishing baselines, which was enshrined in the relevant government decree of 2017. However, the Caspian littoral countries have not yet agreed on a five-party agreement that would formally fix the methodology for determining baselines. So, de jure, the "Caspian five" has yet to resolve this issue.

- Will the significance of the North-South and East-West international transport corridors decrease if the Caspian Sea dries up?

- We have to admit that if the downward sea level trend that emerged in 1997 continues, concerns over shipping development will only increase. A vivid example of this is the situation with the operation of the Kashagan offshore field. The water level in this part of the Caspian Sea has dropped by more than a meter since 2005. That may lead to problems with navigation in the field area by 2025. To avoid nuisance, it is proposed to dig two channels with a total length of 56 kilometers.

Thus, shipping in the North Caspian will face problems that will directly affect the International North-South Transport Corridor. Access to port facilities in the ports of Olya and Astrakhan, and the subsequent movement along the Volga-Don Canal, may be limited. Lowering sea level in the southern part will also affect the operation of Iranian ports, although to a lesser extent. Eventually, forecasts that the potential of container traffic along the North-South ITC routes could reach 662 thousand TEU by 2030 will fail.

On the other hand, shipping along the International Trans-Caspian Transport Route may be more profitable, due to the geographical location of the ports of Baku, Aktau, and Kuryk.

- How Caspian Sea surface shrinking will affect the interests of transport and logistics companies operating across the Caspian?

- Unfortunately, despite all the efforts of the five littoral states, the Caspian segment of multimodal transport routes remains the most problematic for logistics. Transport and logistics companies face many challenges throughout the supply chain in the Caspian Sea. Only in the last few years, regular feeder lines for the transportation of containers have appeared. The list of regular ferry flights has expanded.

The port facilities in the Caspian operate taking into account the peculiarities of sea-level fluctuations. That is why dredging works are carried out regularly in the port waters. New port complexes are arising in more advantageous geographic locations. The ports of Kuryk and Alat can serve as such examples. However, under the current circumstances, all Caspian ports suffer from the problem of underloading. The situation will have no joy from the deterioration of navigation condition.

- How do you see the way out of the current situation in case the Europeans’ forecasts become real?

- As we have already mentioned, the accuracy of such long-term forecasts for determining the level of the Caspian Sea is extremely low. That is why one should not expect large-scale projects for the transfer/construction of new ports from coastal states. As a final resort, it would be expedient to consider the possibility of "canal" shipping.

The project for the construction of canals to the bulk islands of the Kashagan field is not the only one in the Kazakh sector of the Caspian Sea. Therefore, a 71-kilometer navigation channel was dug in the area of ​​the port of Prorva for the transportation of goods and equipment to the construction site of the third-generation plant of Tengizchevroil. Thus, the problem of the declining sea-level was solved.