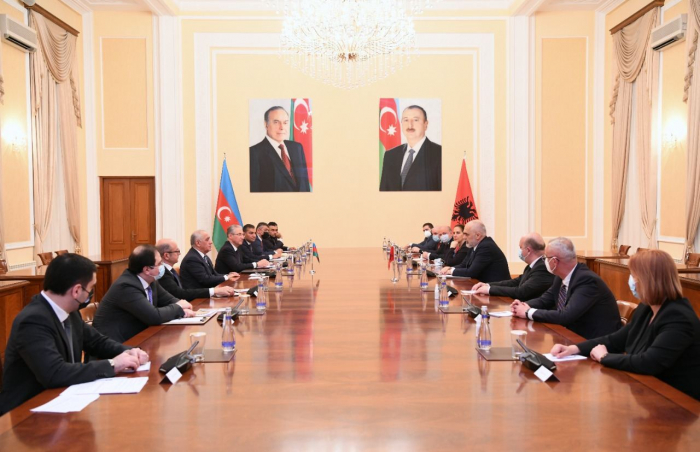 On April 14, Azerbaijani Prime Minister Ali Asadov met with Albanian Prime Minister Edi Rama, who is on an official visit to the country, AzVision.az reports citing the press service of the Cabinet of Ministers.

During the meeting, the parties expressed satisfaction with the development of bilateral relations between Azerbaijan and Albania in various fields. The importance of the visit of the Prime Minister of Albania from the point of view of expanding bilateral cooperation was emphasized.

The parties, noting that cooperation in the field of energy is one of the main directions of the Azerbaijani-Albanian relations, stressed the importance of the joint implementation of the Southern Gas Corridor project.

At the meeting, issues of strengthening political ties between the two countries, prospects for expanding cooperation in the economic, trade, energy, investment, tourism and other fields were discussed.