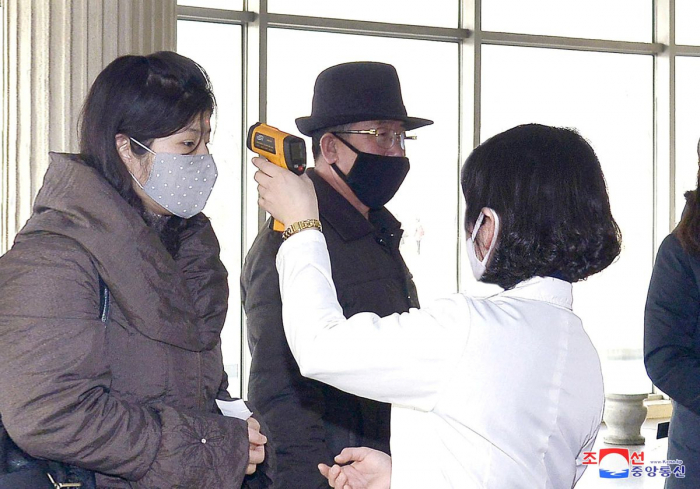 North Korean leader Kim Jong Un said on Saturday that the spread of COVID-19 had thrust his country into "great turmoil" and called for an all-out battle to overcome the outbreak, while 21 new daily deaths were reported among people with fever.

North Korea made an unprecedented admission of its first COVID outbreak this week and imposed a nationwide lockdown, after reporting no cases since the start of the pandemic two years ago. But there was no sign a rigorous testing or treatment campaign was under way.

"The spread of the malignant epidemic is a great turmoil to fall on our country since the founding," state news agency KCNA quoted Kim as telling an emergency meeting of the country's ruling Workers' Party.

"But if we don't lose focus in implementing epidemic policy and maintain strong organisation power and control based on single-minded unity of the party and the people and strengthen our epidemic battle, we can more than overcome the crisis."

Given North Korea's limited testing capabilities, the numbers probably represent a fraction of total cases and could lead to thousands of deaths in one of only two countries without a vaccination campaign, experts have said.