Chairman of Legislative Chamber of Uzbekistan's Parliament arrives in Azerbaijan 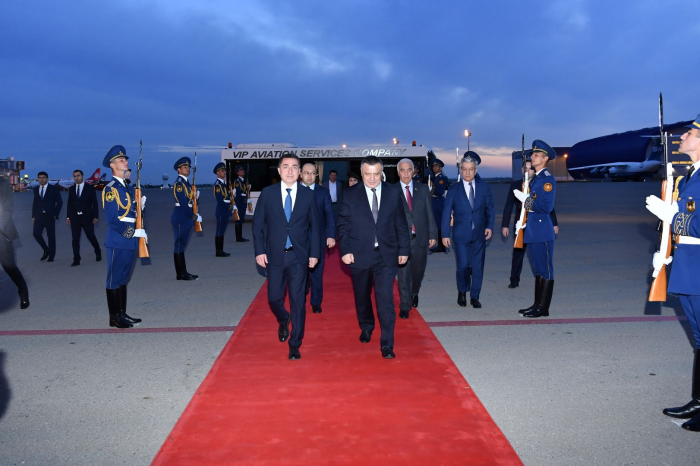 On May 15, a parliamentary delegation headed by Chairman of the Legislative Chamber of the Oliy Majlis (Parliament) of Uzbekistan Nurdinjon Ismoilov arrived in Azerbaijan on an official visit, AzVision.az reports citing the Azerbaijani parliament's press service.

At the Heydar Aliyev International Airport, the parliamentary delegation of Uzbekistan was met by the First Deputy Chairman of the Milli Majlis Ali Huseynli, the head of the working group on inter-parliamentary relations with Uzbekistan Eldar Ibragimov, the ambassadors of the two countries Huseyn Guliyev, Bakhrom Ashrafkhanov and other officials.

During the visit, the Uzbek delegation will hold a number of official meetings in Azerbaijan and take part in the Third General Conference of the Parliamentary Assembly of the Economic Cooperation Organization.

The official visit will end on May 19.