Deputy Speaker of Majilis of Kazakh parliament arrives in Azerbaijan 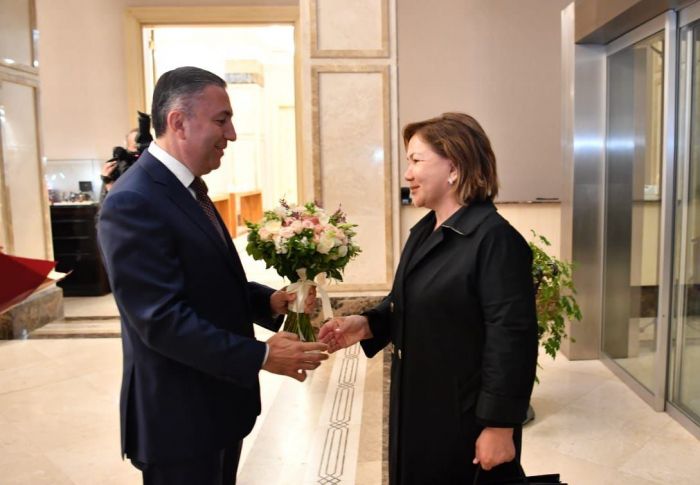 At the Heydar Aliyev International Airport, the Kazakh parliamentary delegation was met by Chairman of the Parliamentary Committee on Economic Policy, Industry and Entrepreneurship Tahir Mirkishili, MP Kenul Nurullayeva, Ambassador of Kazakhstan to Azerbaijan Serzhan Abdykarimov and other officials.