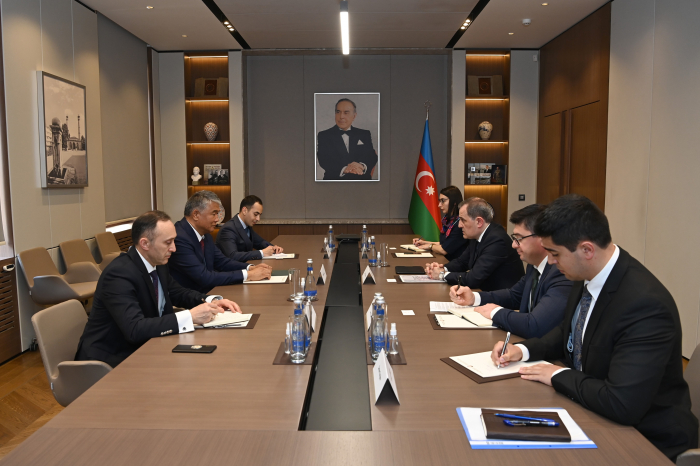 Minister Bayramov congratulated Sultan Raev on his election as TURKSOY Secretary General. He stressed the importance that Azerbaijan attaches to cooperation with the International Organization of Turkic Culture. The minister said that during his participation in the conference in Shusha, the Secretary General will have the opportunity to get acquainted with the situation in the liberated areas, as well as the large-scale reconstruction work carried out there.

Secretary General Sultan Raev thanked the Azerbaijani side for supporting his candidacy. Stating that his activity as the head of the Organization requires high responsibility, the Secretary General emphasized that he would serve the culture of the Turkic world. Reminding that Shusha was declared the cultural capital of the Turkic world for 2023 at the meeting of the TURKSOY Permanent Council in Bursa, Sultan Raev said that rich programs will be organized in this regard in the coming year.

At the meeting, the sides also exchanged views on the celebration of the 30th anniversary of TURKSOY next year, Azerbaijan's active cooperation with the Organization, steps undertaken to promote the common culture of the Turkic peoples and other topics of mutual interest.