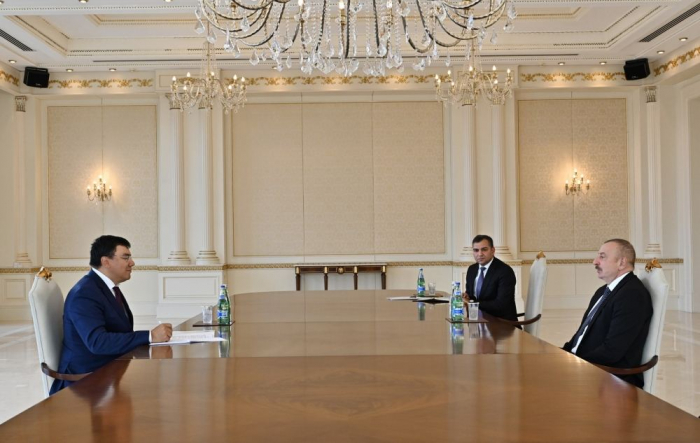 President Ilham Aliyev thanked for Shavkat Mirziyoyev’s greetings and asked the Deputy Prime Minister to extend his greetings to the President of Uzbekistan.

It was noted at the meeting that friendly relations between Azerbaijan and Uzbekistan were successfully developing in various fields - political, economic, transport and others. The sides also highlighted the importance of reciprocal visits in this regard.

President Ilham Aliyev praised the initiative of the President of Uzbekistan to build a school in the territory of Fuzuli district liberated from Armenian occupation.

President Ilham Aliyev said that given the existence of a large number of historical sites and historical monuments of world importance in the two countries, there was good potential for expanding cooperation in the field of tourism.

The visitor pointed to the effective cooperation between relevant agencies of the two countries in the field of tourism and expressed his satisfaction with his participation in the event in Shamakhi.