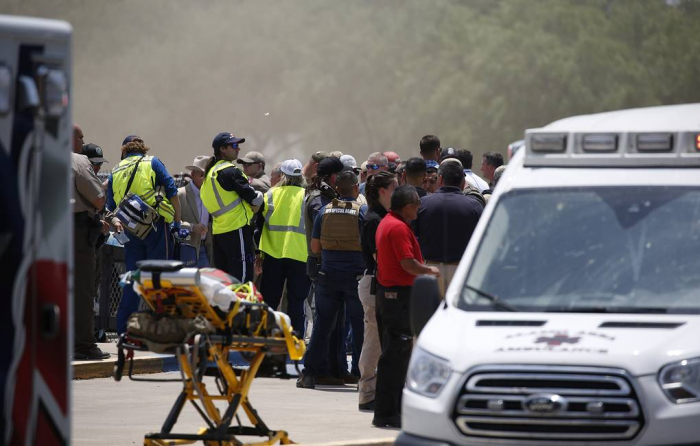 t least 20 people, including 18 children, were killed in the shooting at an elementary school in Uvalde, Texas senator Roland Gutierrez told CNN.

The senator said he obtained the information from Texas rangers, who take part in investigating the tragedy. In his words, 18 children are known to have been killed. Three adults also died, including the shooter. Texas Governor Greg Abbott said earlier in the day 14 children and one teacher were killed.

Gutierrez also said that prior to the attack, the perpetrator presumably shot at his grandmother, but she survived. The woman was hospitalized, her condition is unknown.

According to a report by Associated Press, it was the deadliest school shooting since Sandy Hook Elementary School shooting on December 14, 2012, when 20-year-old Adam Lanza shot and killed 20 children and six adults. Shortly before the attack, he killed his mother.

Earlier, Texas Governor Greg Abbott identified the shooter as 18-year-old Salvador Romas, a local resident. The perpetrator acted alone and was killed by police on site. According to the governor’s information, the attacker was armed with a pistol, but presumably he also carried a rifle.