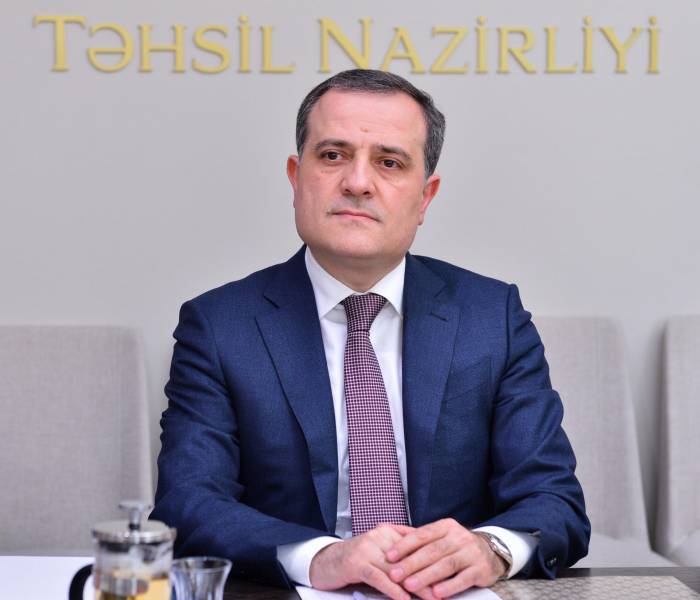 The strategic economic partnership between Azerbaijan and Italy is based primarily on the energy sector, Azerbaijani Foreign Minister Jeyhun Bayramov said in an interview with Italian Agenzia Nova news agency at the session of the Committee of Ministers of the Council of Europe held last week in Italy, AzVision.az reports.

Bayramov emphasized that Azerbaijan is one of the main suppliers of crude oil to Italy, and natural gas since last year.

The Southern Gas Corridor (SGC) project and its part - the Trans Adriatic Pipeline (TAP) project - are an important factor in strengthening Italy's energy security, also in maintaining stable prices in the Italian gas market. More than 12 billion cubic meters of natural gas were transported to Europe through TAP until May 2022, including more than 10 billion cubic meters to Italy, the minister said.

"Generally, the EU and some of its member states showed interest in increasing the supply of energy resources from Azerbaijan even before the events in Ukraine. Relevant requests were received from some countries regarding the expansion of SGC to the Western Balkans in order to facilitate the replacement of coal in their energy consumption with gas and contribute to the energy transition,” Bayramov said.

“All this is due to the fact that Azerbaijan has proven itself over the years as a reliable partner, contributing to the energy security of Europe and the diversification of sources and supply routes,” he noted.

“Of course, transporting Azerbaijani gas to the wider European space means attracting additional investment, and we look forward to supporting of the EU and its member states in this matter,” the minister added.

“Azerbaijan, which has experience in energy export, also has potential for electricity supply to the EU. Azerbaijan is currently considering cooperation with the EU in the sphere of hydrogen and renewable energy, in addition to traditional energy resources,” Bayramov said.

“The main objective is to increase the share of renewable energy in Azerbaijan’s total energy mix to 30 per cent by 2030,” he noted.

“Specific steps are being taken to develop wind energy at sea and to create a "Green Energy Zone" in liberated territories of our country. Therefore, Azerbaijan could expand its role as a supplier of oil, gas and electricity by exporting renewable energy,” Bayramov added.

Azerbaijan proceeds from commercial interests and does not set itself the goal of replacing or competing with the market share of other countries in the global energy market," Bayramov said.