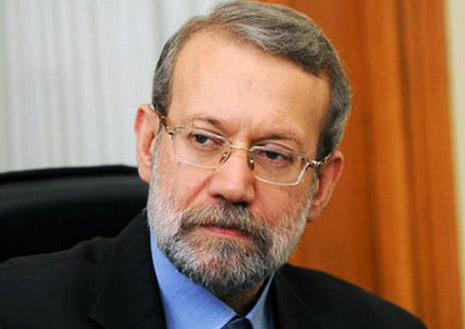 Iran is serious about resolving the dispute over its nuclear program, and is keen to resolve the issue "in a short period of time," the speaker of Iran`s parliament, Ali Larijani, told CNN`s Christiane Amanpour on Tuesday.
"From Iran`s side, I can say that we are ready," Larijani said from Geneva.

"If the Americans and other countries say that Iran should not develop a nuclear bomb or should not move towards that," he said, "then we can clearly show and prove that. We have no such intention. So it can be resolved in a very short period of time."

Nonetheless, Larijani said, the West must accept Iran`s right to enrich nuclear fuel for civilian purposes, as allowed under the Treaty on the Non-Proliferation of Nuclear Weapons (NPT), to which Iran is a signatory.

"If they want to bargain with us or if they have ulterior motives," he said, "or maybe they want to somehow convince Iran to abandon its nuclear program, then it is going to take a long time."

The largest roadblock to a nuclear deal may not be between Iran and the United States, but rather domestically - in both countries - as Presidents Obama and Rouhani work to convince political leaders that a deal is worthwhile.

President Rouhani, in an interview with Amanpour during the U.N. General Assembly, said that he had the blessing of Supreme Leader Ayatollah Khamenei to negotiate directly with America.

When Rouhani returned to Iran from his whirlwind diplomatic and publicity tour in New York, however, Ayatollah Khamenei said that some of the actions undertaken by the Iranian president were inappropriate.

"The important thing is that overall what he did was approved by the Supreme Leader," Larijani said, saying that he had showed the world that Iran is "opposed to extremism."
When Amanpour pushed him on what Ayatollah Khamanei disapproved of - whether it was Obama`s historic phone conversation with Rouhani, the first between leaders of the two countries since the Islamic Revolution - Larijani speculated that that may have been it.

"Maybe," he said. "I have not asked him. Maybe that was the point, that he said it was not appropriate."

But Ayatollah Khamanei has endorsed direct negotiations, and Larijani said that upcoming talks in Geneva will be a "very important step."

"Right now, I have no reason to be pessimistic," he told. "Iran will be very serious about the talks, and Iran really wants to resolve the matter."