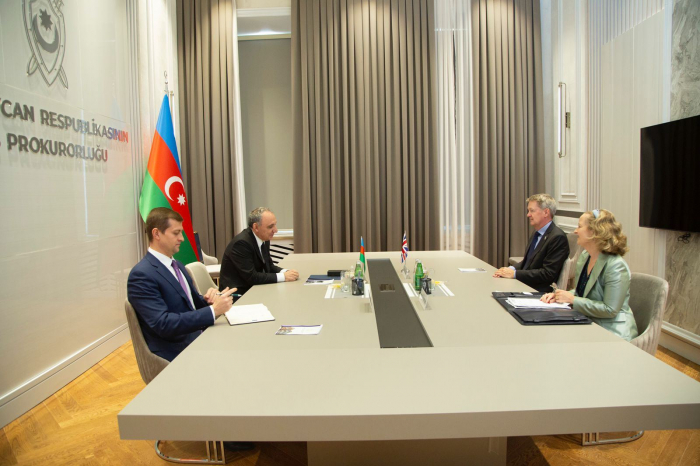 Prosecutor General of Azerbaijan Kamran Aliyev met with Ambassador of the UK to the country James Sharp on August 10, AzVision.az reports citing the General Prosecutor's Office.

Having greeted the ambassador, the prosecutor general outlined the friendly relations and partnership between the two countries, the presence of business relations in all areas, as well as noted the successful development of bilateral cooperation.

Aliyev expressed gratitude to Ambassador James Sharp for his fruitful activity during the diplomatic mission to Azerbaijan, thanked him for participating in press conferences and briefings organized by the General Prosecutor's Office during the 44-day Second Karabakh War, as well as for efforts on establishing constructive collaboration between the law enforcement agencies of the two countries.

The ambassador in his turn thanked for the warm welcome, underscored the UK's great concern about its relations with Azerbaijan, as well as emphasized the current level of the UK–Azerbaijan ties. He praised the fundamental reforms carried out by the prosecutor's office for protecting human rights and ensuring the rule of law.

Afterward, the sides exchanged views on the August 4 incident related to religious extremists' attack on the Azerbaijani embassy in London. They noted the importance of conducting an investigation into the criminal case initiated by the prosecutor general of Azerbaijan in conjunction with the relevant authorities of the UK.

A number of other issues of mutual interest were also discussed at the meeting. 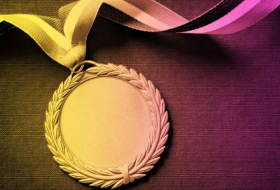