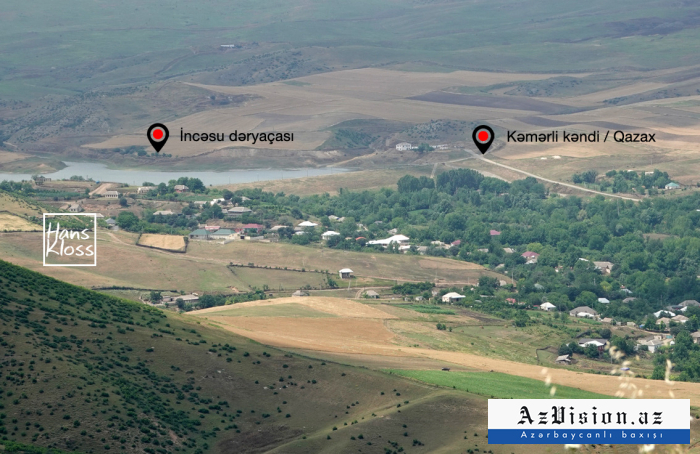 Numerous efforts of the enemy side in March-April of 2019 near the Babagar mountain yielded no result. Their intention to take visual control over a part of the Silk Road and transit pipelines became a direct threat to the Georgia-Armenia gas pipeline and Gazprom Armenia GTS, which appeared in the open ‘field’ in front of our new supporting positions.

The military command of the ‘country of stones’ became worried by the reconstruction of the fortification line of the State Border Service of the Republic of Azerbaijan and the border road infrastructure passing by Armenia’s element of energy security in a semi-circular manner. Recognizing the obvious risks, the General Staff of the Armed Forces of the Republic of Armenia started to direct the provocations a little to the South by switching to low-level sniper tactics at the beginning of 2020.

On January 6, 2020, Azerbaijani serviceman Farzali Farzaliyev was martyred as a result of sniper shelling in the direction of Gushchu Ayrim village of Azerbaijan’s Gazakh district. At the end of February, the enemy's sabotage-reconnaissance group tried to capture the supporting post of the State Border Service of the Republic of Azerbaijan located on the slope of mount Avey. Soldier Ibrahim Valiyev heroically died while repelling the attack, and the enemy had to retreat impetuously without achieving anything…

The leadership of Azerbaijan’s State Border Service took more powerful operational measures in response to the enemy. As a result of the use of large-scale anti-aircraft weapons, signs of life were wiped out in several posts of the Armenian Armed Forces, and it took several days to evacuate destroyed and wounded enemy personnel. Our border guards took full control of the communication routes with the rear. 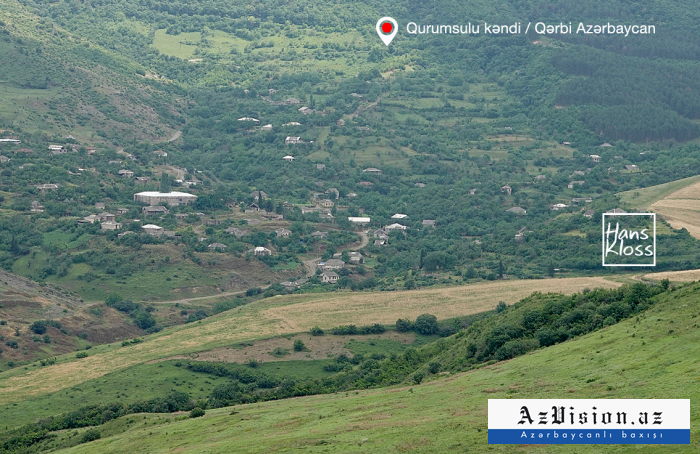 After this, the brave storytellers of the press service of the Ministry of Defense of Armenia began to "register" those who died and were injured in all kinds of road accidents and accidents. The destroyed border posts were named ‘fortresses’ by the media. However, it is enough to look at the satellite maps to see that the entire defense line in the Kazakh part of the border has been reformatted in our favour. Within a short period of time, our engineering units constructed kilometres of new land roads and built additional support points on the heights in the direction of the villages of Khoshkotan* (930 m), Gurumsulu* (720 m) and the city of Barana* in Western Azerbaijan. These allow the complete coverage of the Injesu River bed and the eponymous valley (Inje Valley) along with the strategically important reservoir. If this area previously let the Armenian side organize armed provocations, new posts and modern surveillance equipment reduced the enemy's provocation activities to zero. 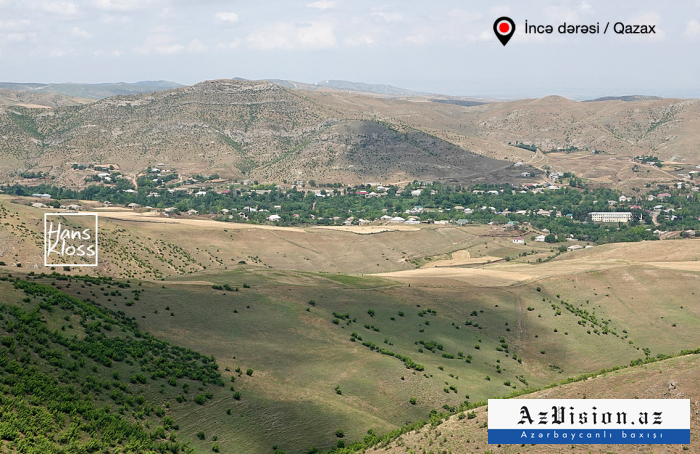 The infrastructure works carried out by the State Border Service of the Republic of Azerbaijan on the border with Armenia in the spring of 2019 fully ensured the security of the villages of Kemarli (550 m), Gaymagli (508 m), Aslanbeyli (373 m). As a result, the neüly-created conditions enabled residents to peacefully engage in agriculture around the perimeter of the settlements. 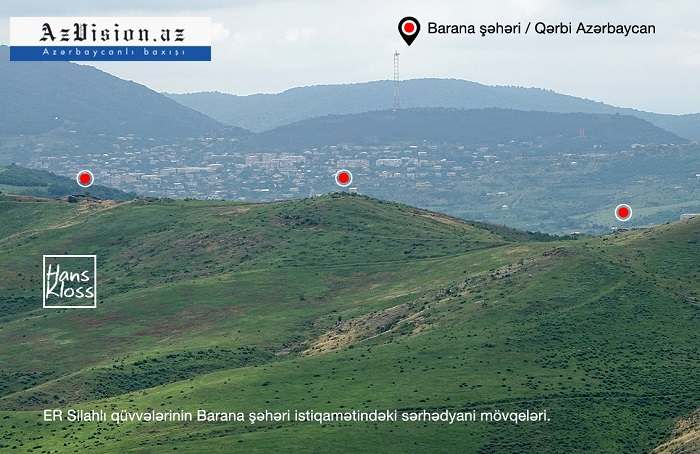 If we look at the first quarter of 2020, we can say that all the attempts of the Armenian military were a kind of exercise, including breaking through the defences of the state border with Azerbaijan in the direction of Gazakh, were aimed at capturing the strategic Garagaya height of Tovuz, which happened in July. However, Armenia’s new political leadership has again failed to realize their dreams that aimed at gaining a local victory on the border and jeopardizing the transportation of Azerbaijan's hydrocarbon resources. Everyone is aware of what happened later and that the uproar raised to attract the forces of the CSTO to the region headed back to the "country of stones" itself… 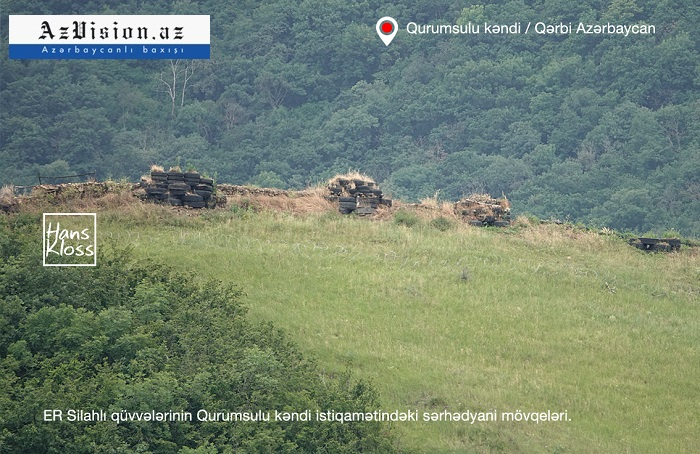 The occupying country became a victim of its overrated predictions and blind ambitions. If the revanchist forces in Armenia do not give up their old tricks, our heroes, who have proven themselves on the battlefield, will have to bring down the iron fist again on their tormented heads…

In the past period, new roads have been laid, support points and an echeloned fortification strip with modern surveillance equipment has been built to support the general command and control centre of the newly established division of the state border in the direction of Agstafa and Gazakh and the Gaza State Border Service. 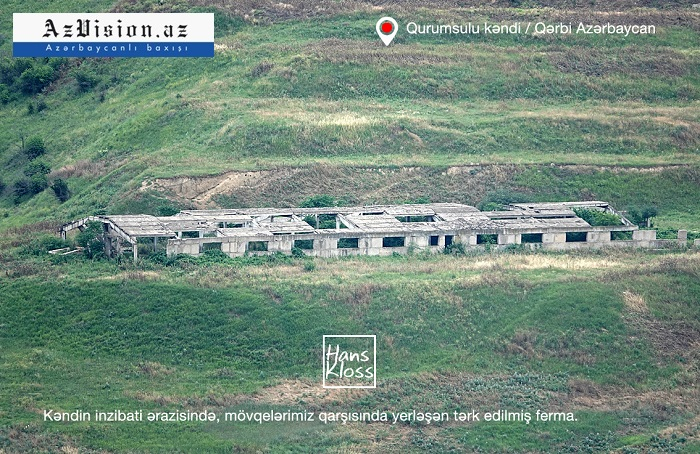 Assurance of the security of transport and energy transit routes, water resources and settlements are the priority task of Azerbaijani border guards unless the issue of delimitation and demarcation of the state border with Armenia, as well as the return of occupied and border villages of Gazakh region, has no been fully resolved.

* In 1978, the name of Khoshkötan village in Western Azerbaijan was changed to Voskevan.

* The name of Kurumsulu village in Western Azerbaijan was changed to Barekamavan.

* The Barana city in Western Azerbaijan was named Noyemberyan in 1938.