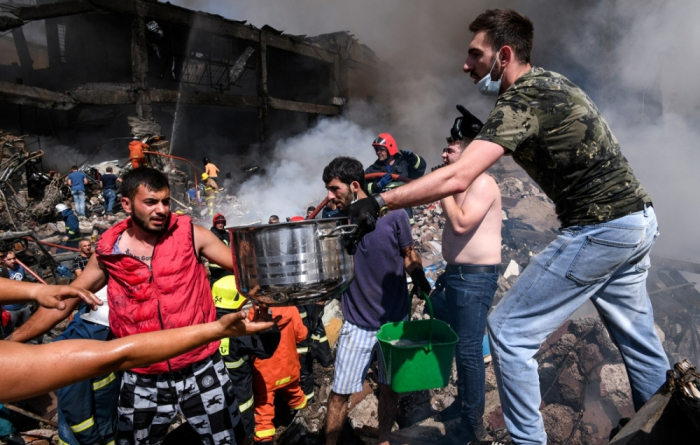 The death toll from Sunday’s explosion at a market in the Armenian capital Yerevan rose to 16, AzVision.az reports citing Anadolu Agency.

Thirteen of 16 victims, who were killed in the Surmalu market explosion, are identified, Hayk Kostanyan, spokesperson for the Emergency Situations Ministry, said.

Kostanyan said that those identified include a pregnant woman and a child. “Now the number of those missing is 10,” he added.

The blast in an explosives warehouse at the Surmalu shopping center caused a fire and led to the collapse of the three-story building.

Meanwhile, all subway stations in the capital Yerevan were closed after a bomb threat was received at 10.05 a.m. local time on Tuesday, the National Center for Crisis Management said.

Bomb disposal teams from the Ministry of Emergencies were dispatched to the stations.