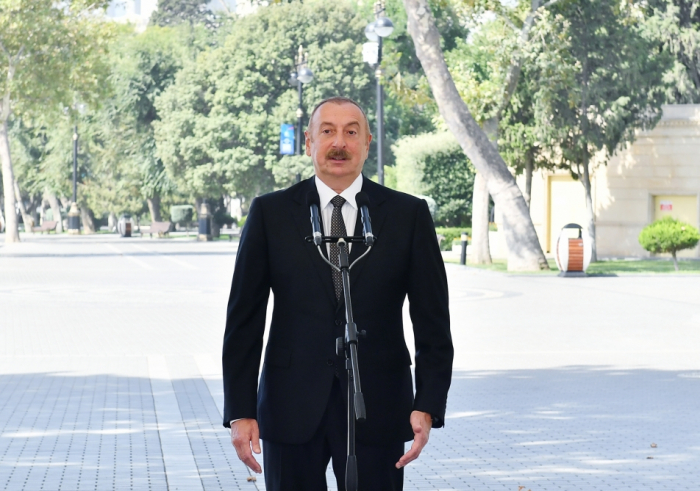 “All of us have our own memories of Muslum, including myself. I have known Muslum and Tamara since I was a teenager. They were very dear guests of our house. I have many wonderful memories. Of course, every year in August, we welcomed Muslum and Tamara to our home and celebrated Muslum's birthday at our place,” President Ilham Aliyev noted.

“Muslum was someone who was very attached to his native country. Although he spent most of his career in Moscow and on tour to other cities of the Soviet Union, he came to Baku several times a year, gave concerts and was always in touch with his friends. In particular, we had a number of meetings and very cordial relations both in Moscow and Baku,” the head of state added.