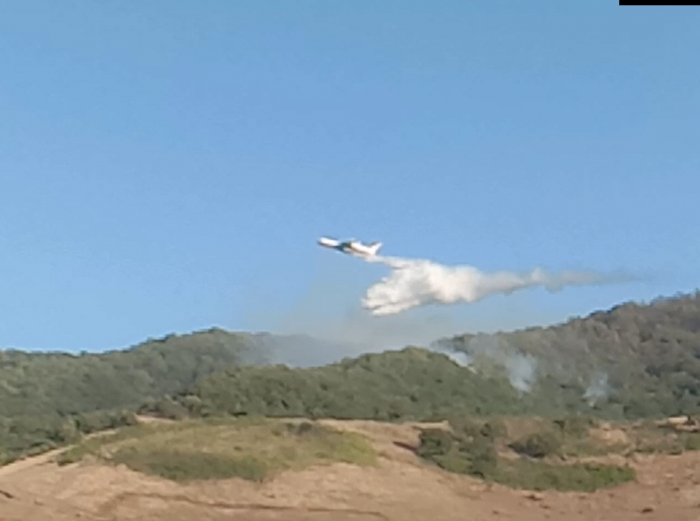 The wildfire that broke out near Galaalty Recreation Complex, located in Azerbaijan's Shabran district, has been extinguished, AzVision.az reports citing the country's Ministry of Emergency Situations.

Despite the hot and windy weather, employees of the fire department of the Ministry of Emergency Situations are working to cool down the territories of Chirag Gala fortress and the Galaalty Recreation Complex using special climbing gear and equipment.

Deputy Minister for Emergency Situations, Lieutenant General Etibar Mirzoev, held an operational meeting in Galaalty in connection with the fires that occurred. The event was attended by responsible persons of the relevant structures of the Ministry of Emergency Situations, heads of executive authorities of Siyazan and Shabran districts, and heads of law enforcement bodies in these areas. Only over the past day, 154 fires were registered in Azerbaijan, 38 of which were in the northern region. During the meeting, the work done to extinguish and prevent the spread of fire were discussed, and appropriate instructions for the implementation of urgent measures were given.

Mirzoev also met with citizens vacationing at the Galaalty Recreation Complex. He noted that appropriate measures have been taken to prevent fire hazards, there is no threat of fire.

He is, currently, in the northern region in connection with fire prevention. Some 600 personnel, about 80 pieces of equipment, 2 helicopters and 1 amphibious aircraft 'BE 200 ÇS' are involved in fire extinguishing operations.

Firefighters battle to bring the fire under control.