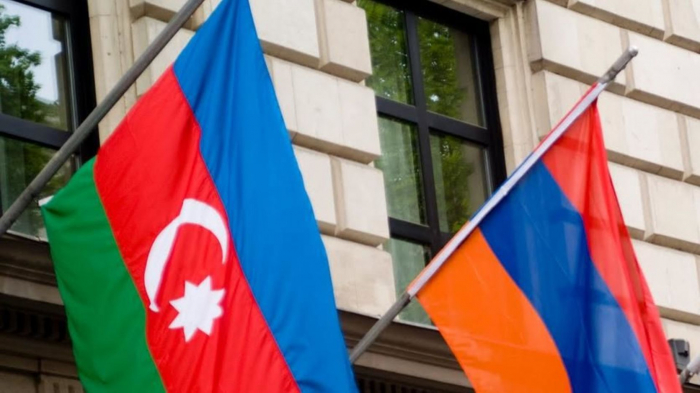 "The recent flare-up along the Armenia-Azerbaijan border and the subsequent developments in Armenia  raise concerns that the region might be, unfortunately, still far away from a peace treaty and a peaceful future", writes Vasif Huseynov in this op-ed for commonspace.eu. "Surprisingly for many observers, the proposal for a peace treaty on the basis of mutual recognition of each other’s territorial integrity and inviolability of internationally-recognized borders is not supported by a large number of Armenians", he adds.

September 13-14 marked one of the most severe military escalations between Armenia and Azerbaijan since the end of the Second Karabakh War. According to the official statistics, dozens of military servicemen were killed on both sides. The clashes echoed the deadlock in the peace process after the last meeting in Brussels between the two countries leaders on August 31 despite the positive developments of previous months. The region succumbed into bloodshed in a time when many local and international observers were waiting for more constructive steps towards a peaceful end.

Indeed, the 6 April and 22 May Brussels summits marked tangible progress towards a peace treaty between the two countries, which would stipulate mutual recognition of each other’s territorial integrity and as such create a historic chance to end all the hostilities between the two archenemies. The European Union had made noteworthy efforts on this path and encouraged the parties to advance on other issues such as delimitation and opening of transport links. Following 6 April summit, the European Council’s President Charles Michel enthusiastically declared the beginning of the preparations for a peace treaty, which Azerbaijan had been calling for since the end of the 2020 war.

Since then, a long list of developments (e.g., the first bilateral contacts between the foreign ministers of Armenia and Azerbaijan, the launch of international commission on border delimitation and demarcation, and peaceful transfer of the Lachin city to the control of Azerbaijan) raised hope that the announcements of the August 31 summit would soon be realized as well. This included stepping up the preparations for a peace treaty with a new bilateral meeting between the foreign ministers and another summit in November.

Instead, Armenian Prime-Minister Pashinyan during the last meeting tried to reintroduce the question of the status of Nagorno-Karabakh, which basically under various phraseology means the persistence of a territorial claim against Azerbaijan.

The recent flare-up along the Armenia-Azerbaijan border and the subsequent developments in Armenia  raise concerns that the region might be, unfortunately, still far away from a peace treaty and a peaceful future. Surprisingly for many observers, the proposal for a peace treaty on the basis of mutual recognition of each other’s territorial integrity and inviolability of internationally-recognized borders is not supported by a large number of Armenians. Most of the active Armenian social media users and societal groups campaign against this proposal and pressure the government to abandon it. According to them, Armenia’s recognition of Azerbaijan’s territorial integrity would mean ceding Karabakh to Azerbaijan which is seen by them unacceptable. They are apparently ready to persist this enmity that costs lives of tens or, hundreds of servicemen and civilians each year.

For example, on September 14, a day after the violent confrontation between the armed forces of Armenia and Azerbaijan, Prime Minister Pashinyan addressed the parliament and talked about his readiness to sign a document that would be on the basis of recognition of Armenia’s territorial integrity. “We want to sign a document, because of which many will criticize us, many will curse, many will call us "traitors", and the people may even decide to remove us from power… I do not care what will happen to me, I`m interested in what will happen to Armenia,” Pashinyan said.

Soon after this address, thousands of demonstrators rushed to the parliament building and demanded Pashinyan’s resignation. The police  barely managed to prevent the crowd from breaking into the  grounds of the parliament as it  happened after the November 10, 2020 ceasefire deal in the wake of the Second Karabakh War. Under this pressure, Pashinyan shared a post on his Facebook profile, stating that what he said in parliament was taken out of context, that he was not going to sign any documents with Azerbaijan.

The present situation is tragically reminiscent of that in the late 1990s when there was a chance for a peace deal with Azerbaijan which would have resolved the conflict and prevented the humanitarian tragedies of the subsequent years. In 1998 President Ter-Petrosian was ousted from power after he advised the Armenian public in October 1997 to sign a peace deal with Azerbaijan. In 1999, a group of nationalists stormed into the parliament and killed the political opponents of then President Robert Kocharyan    who were more inclined to a peaceful resolution with Azerbaijan. Soviet-era dissident Vardan Harutyunyan, in an article published in the aftermath of the recent clashes, regrettably recalls this period although fails to call upon his compatriots to support the present peace opportunity. “The path we are on now, which brought and led us to the war of 2020, our defeat, today's situation, is the one we chose. We chose it in 1998, when we rejected the possibility of a decent peace. Maximalism, military patriotism, intransigence, rhetoric could not take us anywhere else”, he writes.

Unfortunately, even Armenian people like Harutyunyan who understand the ramifications of the refusal to make peace do (or could) not call their nation to abandon territorial claims against Azerbaijan, recognize the country’s territorial integrity and put an end to this conflict. This maximalist approach brought us to the 2020 war and runs the risk of causing even more wars and escalations.

Dr Vasif Huseynov is Head of Department at the Centre of Analysis of International Relations (AIR Centre).