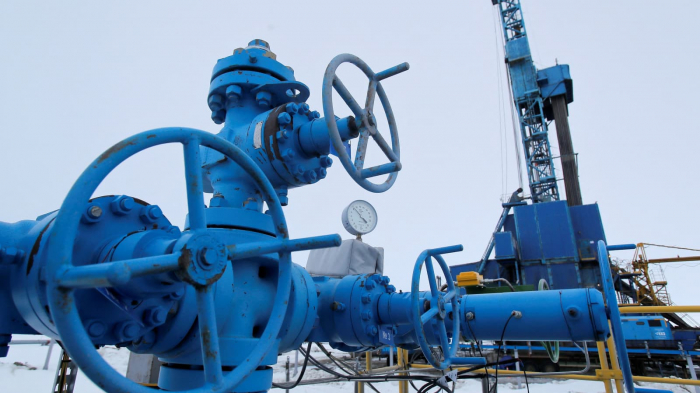 European countries continue to worry over soaring energy costs ahead of the winter.

Eduard Heger told the Financial Times that Bratislava needs the European Union’s support or the crisis will kill his country’s economy due to Russia’s war in Ukraine.

Heger warned that he might need to nationalize the country’s power supplies if Brussels does not provide support.

He also said he wants the EU to release €5 billion ($4.8 billion) of "unused regional development funds" that could be used to lower energy bills for businesses.

"Otherwise (Slovakian businesses) will be closing and it could actually collapse the whole economy," Heger said.

His comments are the most direct yet from an EU leader regarding the energy crisis in Europe after Russia significantly reduced the supply of natural gas to Europe in response to sanctions imposed on Moscow over its war on Ukraine.

Most small and medium-sized enterprises (SMEs) in Germany are battling to survive amid an energy crisis, a new survey revealed Wednesday.

Some 52% of the companies said the price explosion on the energy markets was endangering their existence, according to a survey conducted by the German Association for Small and Medium-sized Businesses (BVMW) this week in which more than 1,100 companies took part.

In a similar survey in August, the figure was 42%, the Redaktionsnetzwerk Deutschland media group reported.

Markus Jerger, the executive chairman of BVMW, has called on the government to take urgent action.

He proposed an emergency fund for small and medium-sized businesses in the amount of €15 billion ($14.5 billion).

To curb Switzerland's energy consumption, Green Party leader Balthasar Glattli has called for a speed limit of 80 kilometers (49 miles) per hour on highways.

At the moment, a speed limit of 120 kilometers (74.5 miles) per hour applies on Swiss highways.

Glattli’s proposal has not received support so far from the Swiss federal government and automotive clubs.

Lawmaker Thomas Hurter from the right-wing Swiss People’s Party said that even a reduction to 100 km/h to save energy "makes absolutely no sense and is pure harassment for motorists.”

He said speed reductions make sense in part when it comes to preventing traffic jams.

In a statement, Environment, Energy and Transport Minister Simonetta Sommaruga said that lower speeds would indeed reduce consumption but suggested that motorists should maintain awareness of traffic conditions.

"Driving at lower speeds is permitted as long as the steady flow of traffic is not impeded," she said.

“You will no longer see me with a tie but with a turtleneck. And I think it will be very good. It will allow us to save energy, to show sobriety," the minister said on France Inter radio. He later shared a photo of himself on Twitter dressed in a black turtleneck.

He said his ministry in Paris will “not put on the heating until the temperature drops below 19C (66.2F).”

Le Maire said he hopes to set an example for the French, who have been instructed by the government to save energy and avoid unnecessary wastage.

Many European countries have been facing energy shortages since Russia significantly reduced natural gas supplies to Europe in response to sanctions over Moscow’s war on Ukraine.

Russia temporarily halted gas deliveries via the Nord Stream 1 pipeline earlier this month, and Russian officials argued that the Western sanctions were hampering maintenance work for the turbines.