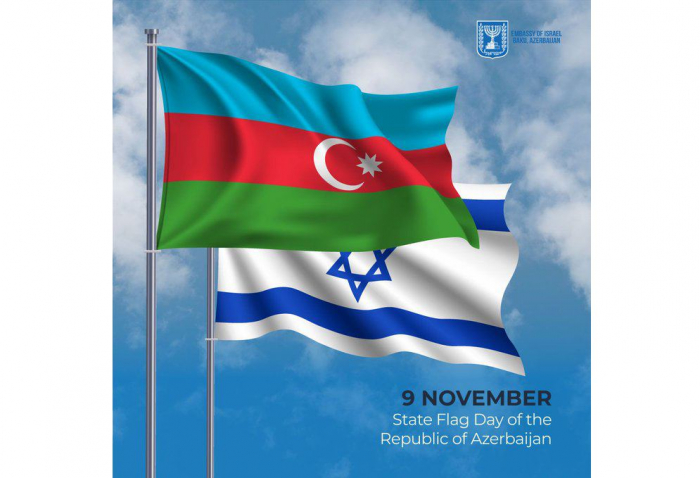 The Embassy of Israel in Azerbaijan congratulated the Azerbaijani people on November 9 - the National Flag Day, AzVision.az reports citing the embassy's tweet.

The flag, which is one of the official symbols of the Republic of Azerbaijan (along with the anthem and coat of arms), was first approved on November 9, 1918 by the Council of Ministers of the Azerbaijan Democratic Republic, the first democratic republic in the Muslim East.

By the order of the President of the Republic of Azerbaijan Ilham Aliyev dated November 18, 2009, November 9 is celebrated in Azerbaijan as the State Flag Day.