Two dead in explosion in eastern Poland, near Ukraine border 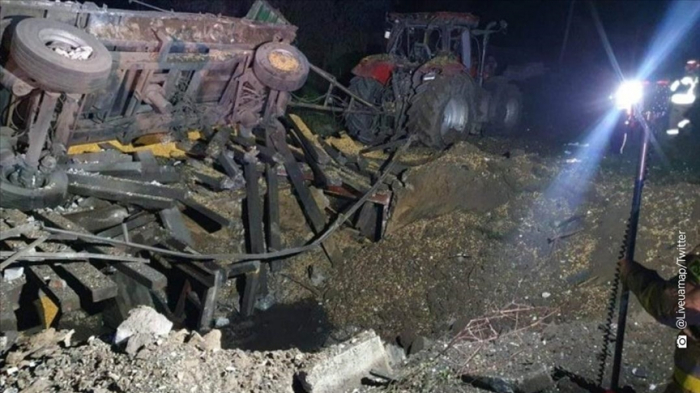 At least two people were killed in an explosion in eastern Poland, not far from the Ukrainian border, an official said Tuesday, AzVision.az reports citing Anadolu Agency.

Radio Lublin reported that emergency officials and army troops have reached the scene of the explosion in the village of Przewodow in the Lublin district.

The cause of the explosion has not been ascertained yet.

“The causes of this incident are not known at the moment,” Marcin Lebiedowicz, spokesman of the local State Fire Service office, told Radio Lublin.

“We have received a report of an explosion at the yard. Upon arrival, we confirm that something like this has happened. Two people died on the spot. At the moment, we are securing the scene of the incident and lighting the area of action,” Lebiedowicz added.

The situation is reportedly critical after a recent attack by Russian forces on energy infrastructure facilities in Ukraine. Some of the missiles hit the western part of the country, close to the border with Poland.