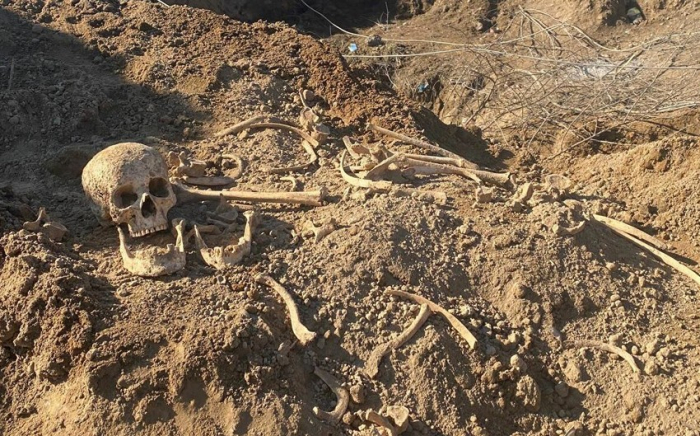 Human bones, which are believed to belong to those killed and buried 30 years ago, were discovered in Azerbaijan's Aghdam district, AzVision.az reports citing the country's Interior Ministry.

Based on information received on November 22, human bones were found during the excavations conducted in Saricali village of the liberated Aghdam district with the participation of police, the prosecutor's office, and security service employees.

They were probably killed and buried in 1992.

The bones have been handed over for forensic examination to determine identities.